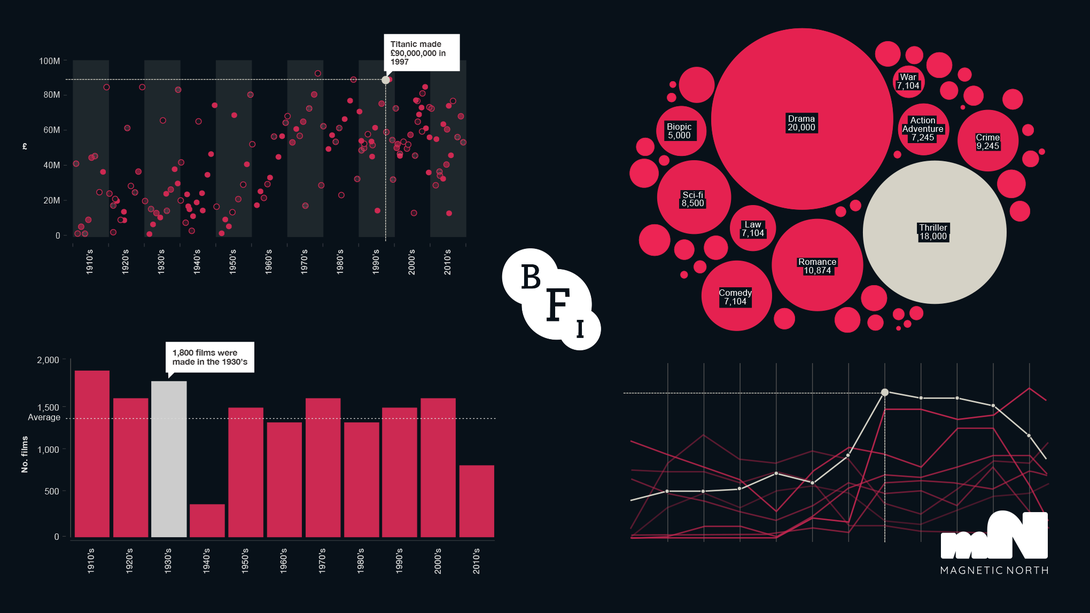 The BFI Filmography Dashboard by magneticNorth, The BFI

The ‘BFI Filmography’ is a collection of over 10,000 film titles condensed into one dashboard of interactive data visualisations.

Launched in September 2017, it is the largest public searchable data dashboard dedicated to UK feature films.

Visitors to the dashboard can chart the development of film and the people that make it over the decades, discovering facts such as who the most prolific actor is from each generation and what genres are the most popular.

The Filmography has launched with a focus on revealing stories around gender. The homepage features curated charts that reveal information on topics such as the relationship between gender balance and genre and the rise of female film contributors over time.

The BFI hope that by revealing these stories, the Filmography Dashboard will open up conversations around gender in film that will help to move the industry forward, encouraging filmmakers to make decisions that promote diversity.

The biggest technical challenge was processing the data (more than 10,000 films featuring around 250,000 individuals with over 630,000 credits) so it could be queried in real time. To facilitate this, data was imported from the BFI’s API and stored in a Mongo database. Custom D3.js code was used to build a set of reusable chart components that could be populated with data specific to the users filters.