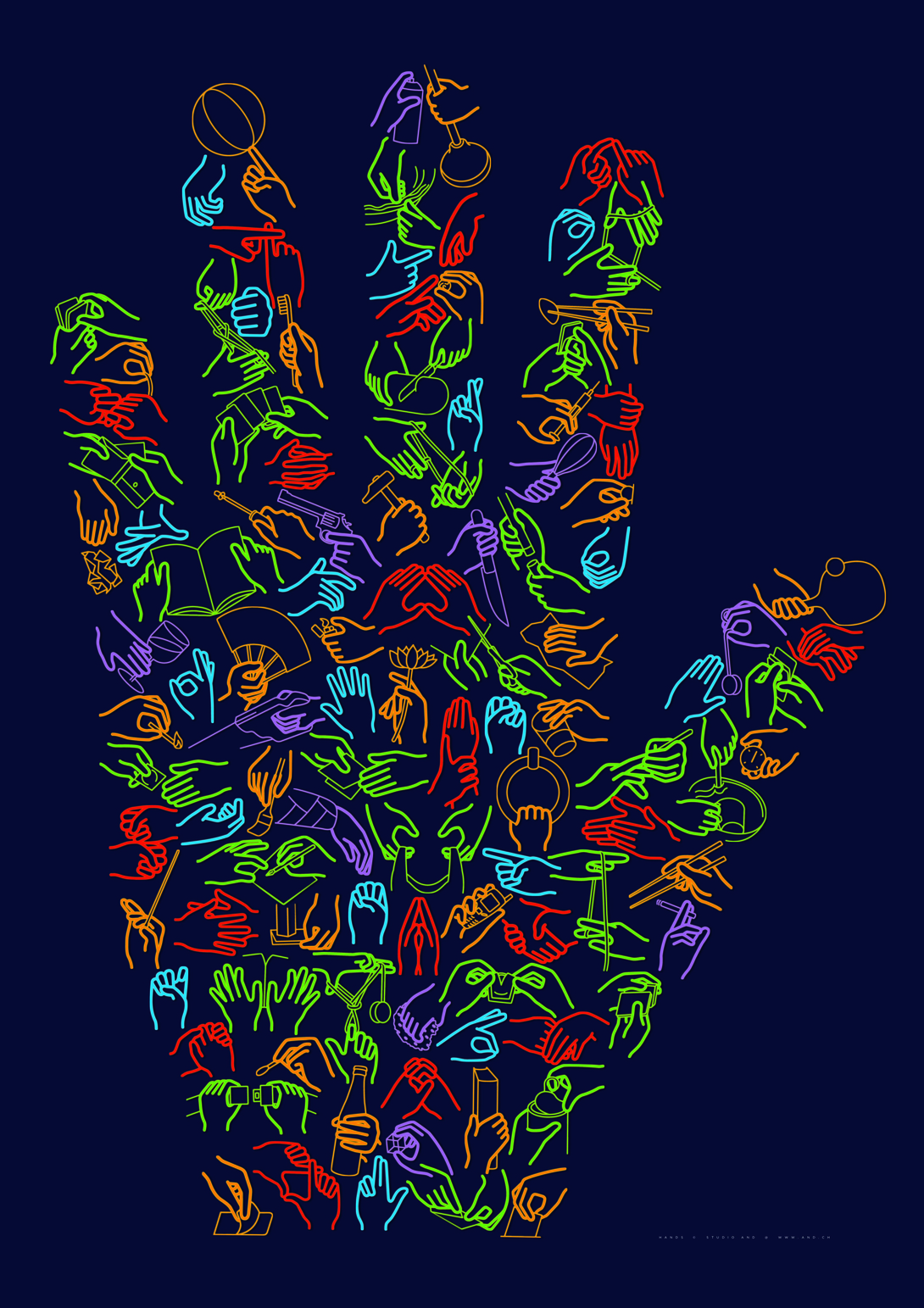 This iconographical alphabet is the result of more than a decade of research and design. In his travels throughout the world, Graphic designer Jean-Benoit Levy discovered that the language of hand-signs is universal. It belongs to no one in particular and to all of us in general.

Collecting, redrawing, ordering, unifying. The simple exercise of organizing those signs became step by step the creation of a complex signage program. It is the first time that so many handsigns have been assembled and redesigned into one same style.