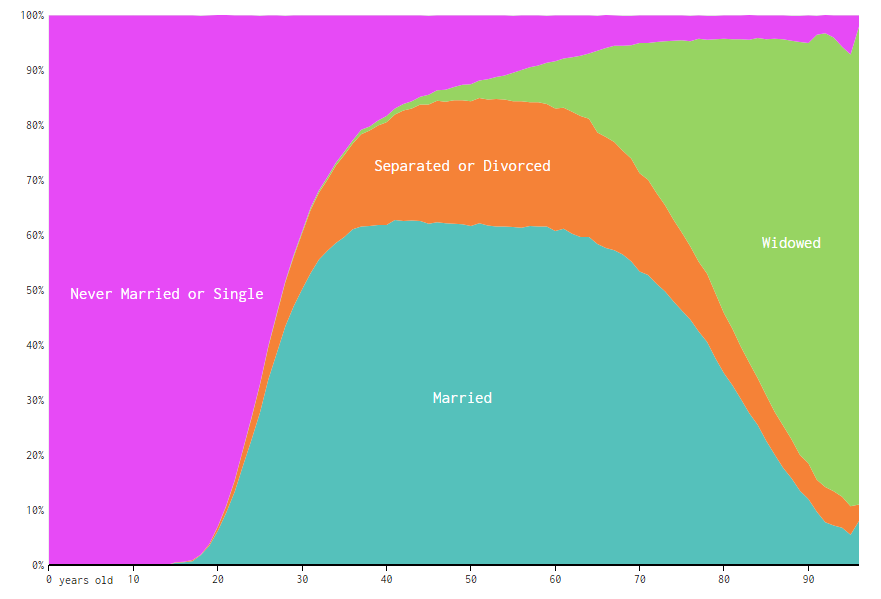 Marital Status by Age by Flowingdata

Separately, we looked at marrying age, divorce rates, and those who never married. Now let’s look at marital status all together, with the addition of the widowed status.

As you switch between female and male in the chart below, you see a significant shift in the later years, which has all to do with men getting married later in life and women living longer.

The contrast between female is especially interesting when you look at marriage by itself. Of the men who live past their 50s, a much higher percentage of them are married. The chart slopes up for men, whereas the chart for women slopes down around that time as husbands die and wives become widows.