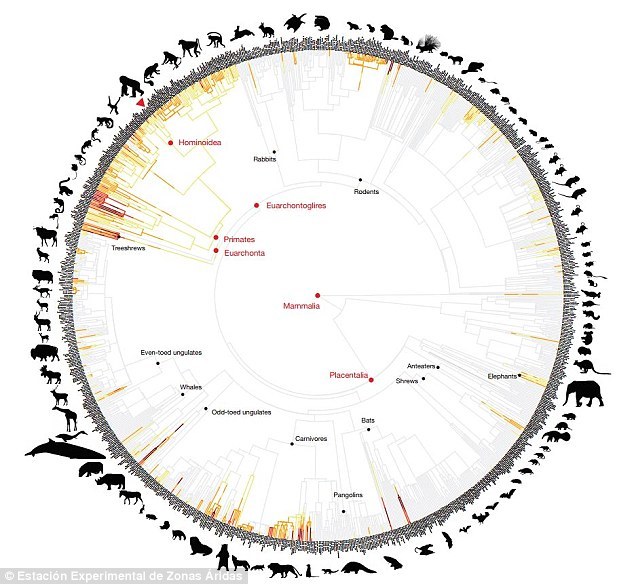 The Phylogenetic Roots of Human Lethal Violence by Nature

The psychological, sociological and evolutionary roots of conspecific violence in humans are still debated, despite attracting the attention of intellectuals for over two millennia. Conspecific means "within their own species". Here we propose a conceptual approach towards understanding these roots based on the assumption that aggression in mammals, including humans, has a significant phylogenetic component. By compiling sources of mortality from a comprehensive sample of mammals, we assessed the percentage of deaths due to conspecifics and, using phylogenetic comparative tools, predicted this value for humans. The proportion of human deaths phylogenetically predicted to be caused by interpersonal violence stood at 2%. This value was similar to the one phylogenetically inferred for the evolutionary ancestor of primates and apes, indicating that a certain level of lethal violence arises owing to our position within the phylogeny of mammals. It was also similar to the percentage seen in prehistoric bands and tribes, indicating that we were as lethally violent then as common mammalian evolutionary history would predict. However, the level of lethal violence has changed through human history and can be associated with changes in the socio-political organization of human populations. Our study provides a detailed phylogenetic and historical context against which to compare levels of lethal violence observed throughout our history.