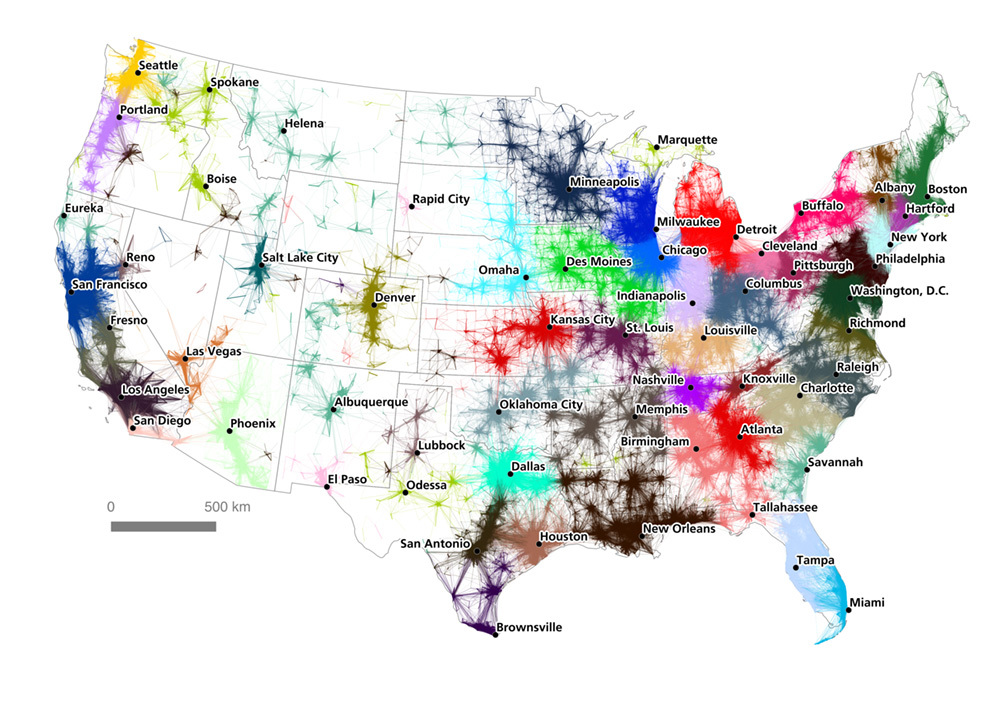 The daily commutes of more than 130 million Americans have been used to identify commuter-based megaregions in the United States for the first time. The project was published in the academic paper PLOS ONE, and now has more than 250,000 views.

While the division into 50 states is how many think of the US, geographers have for the last 50 years also studied networks of closely connected metropolitan areas, known as ‘megaregions’, which often cut across state lines.

Supplementary material is available on Figshare and an associated interactive version online as well.