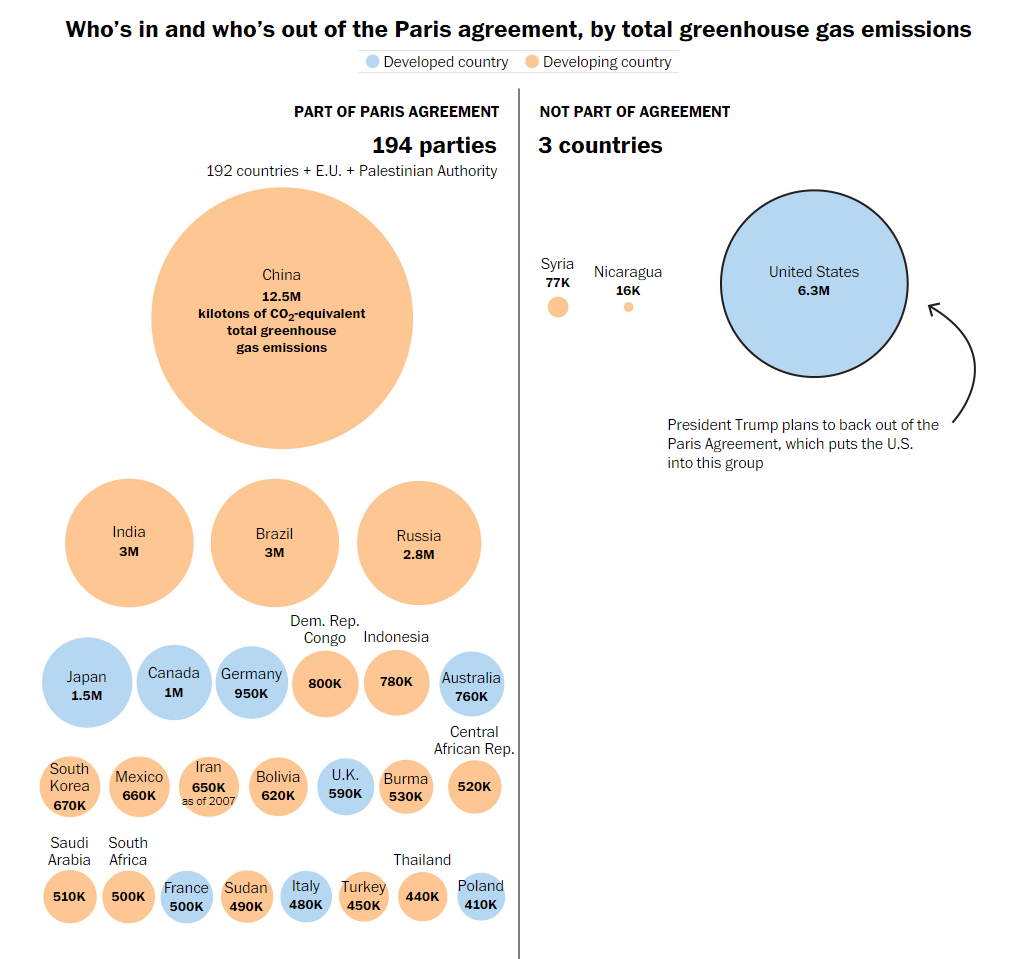 All but two countries are in the Paris climate agreement. The U.S. could be the third. by The Washington Post

President Trump declared that the United States would leave the Paris climate agreement, following months of infighting among Trump’s staff that left the world in suspense. He said he hopes to negotiate a similar deal that is more favorable to the U.S.

This move is one of several Obama-era environmental milestones that Trump has dismantled. And all the while, a new study shows global temperatures might be rising faster than expected.