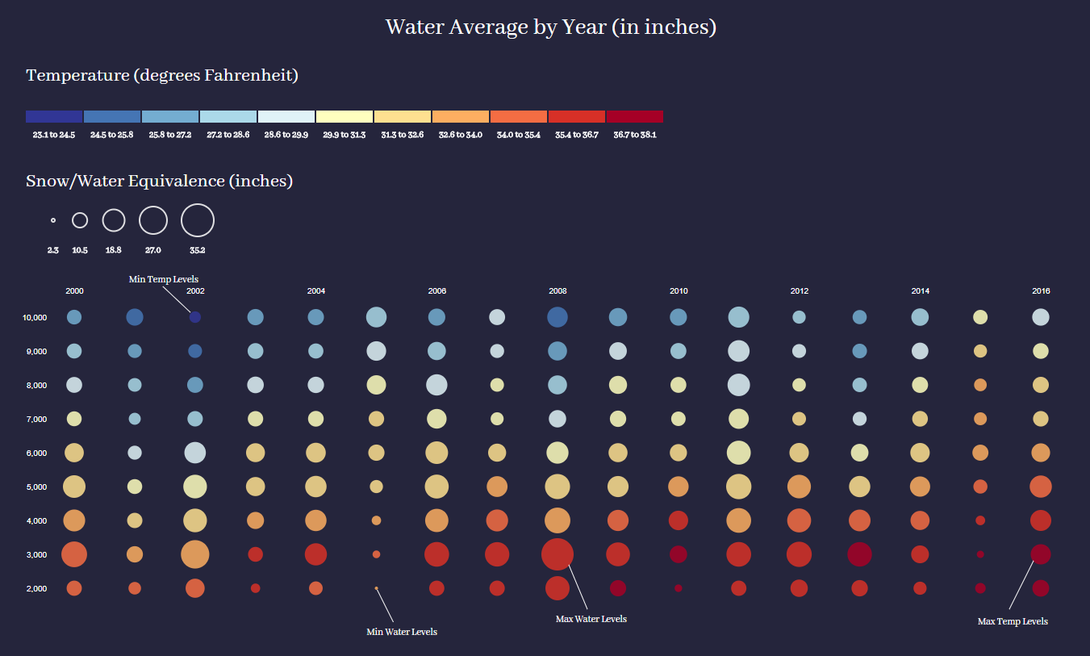 Snows of the West by Dean Farrell

Snow is vital to the environmental health of the western United States. Unlike rainfall, it doesn't come as one burst that's here and then quickly gone. Instead, it tends to accrue over the winter and slowly melt as the temperatures rise in the spring. The melt typically continues into the early summer, providing a steady, consistent level of water in mountain watersheds. This is particularly important for states on the Pacific coast, which receive little summer rainfall.