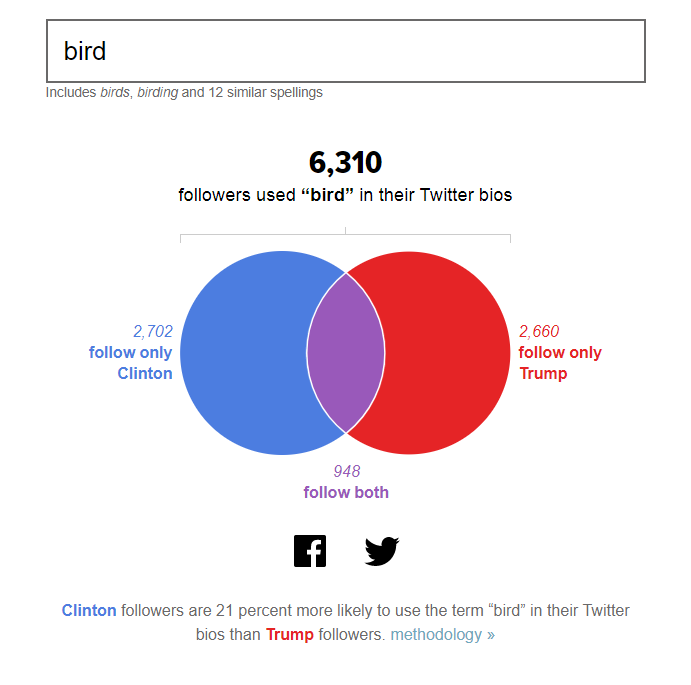 Never before has Twitter played such a prominent role in an election. If Clinton or Trump wants to say something or react to news — even if it's at 3 a.m. — they don't need to coordinate a press conference. They just need to tap that little blue bird. And in a blink of an eye, they’ve reached millions.

The Huffington Post wanted to find out more about the people who follow the candidates. We hoped their 160-character bios might reveal a thing or two about political identity. Not everyone fills out their Twitter bio, but for those who do it acts as a sort of digital calling card.