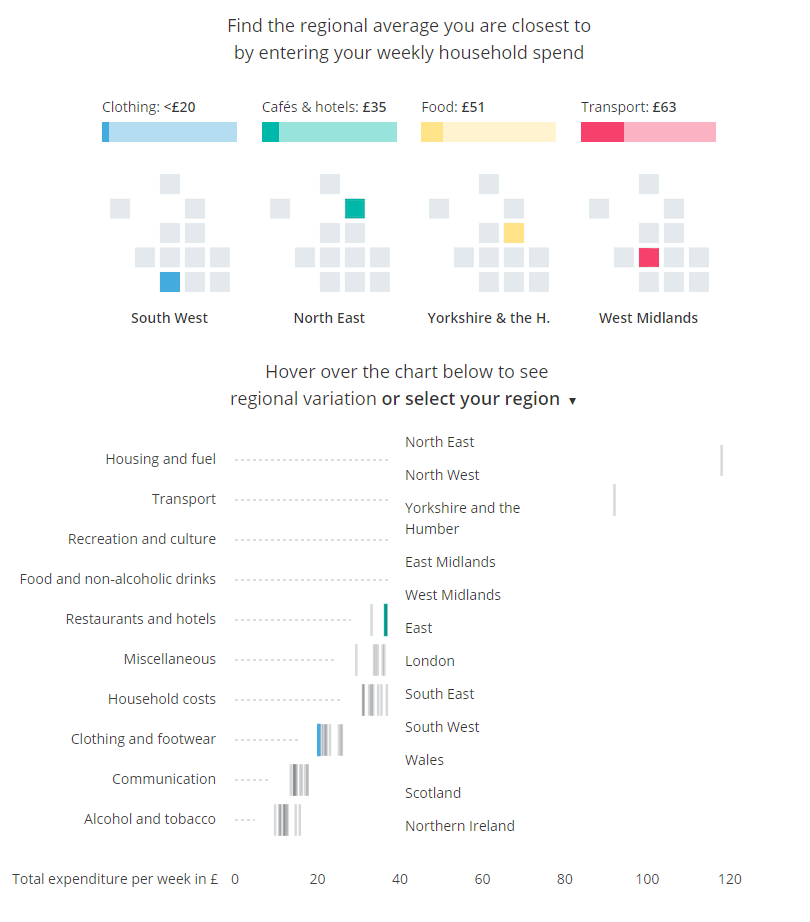 London households’ average weekly spending is one and-a-half times more than households in the North East of England, latest data from the ONS shows.

At £652.40, households in London spent the most each week, on average, of all the UK countries and regions, while households in the North East spent the least at £423.50.

Average weekly spend in London was between £40 and £228 more than any other country and region, the figures, using data from the last three financial years, show.

Across the UK, the average weekly household expenditure for the last three full financial years was £527.20.