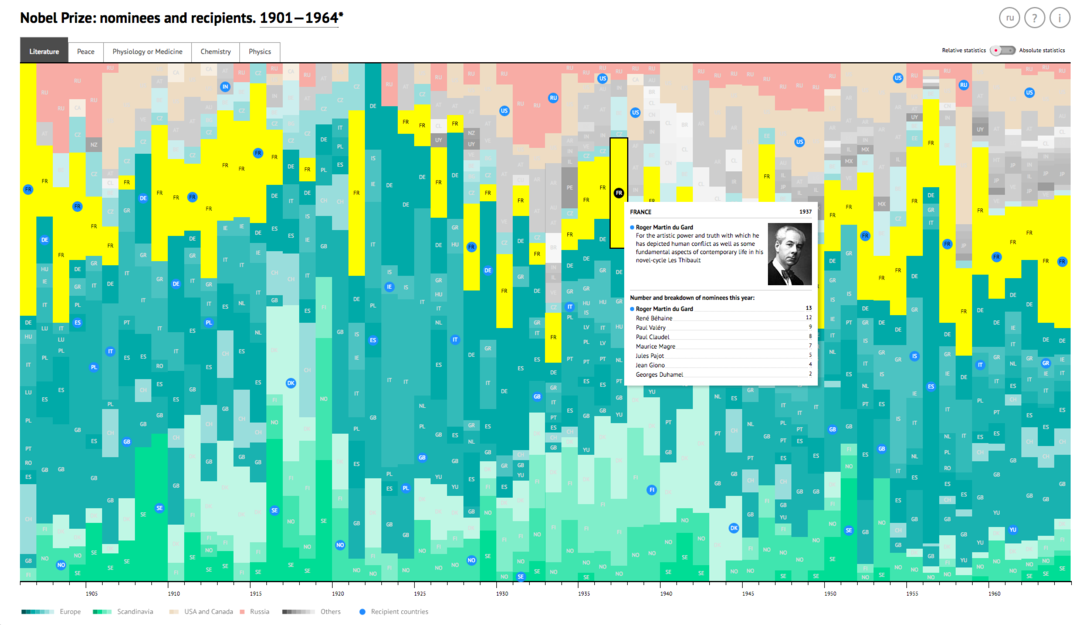 As of autumn 2015 there are 870 Nobel Prize laureates, each one a well known and celebrated individual. But it is a less known fact that every year the Nobel Committee selects several hundred potential nominees to compete for the highest honor. These are their stories. Until recent years even the names of potential nominees were unknown and sworn to secrecy. This interactive infographic lists every Nobel Prize nominee between years 1901 and 1963 allowing for some fascinating insight into the birth of a Nobel Prize laureate.