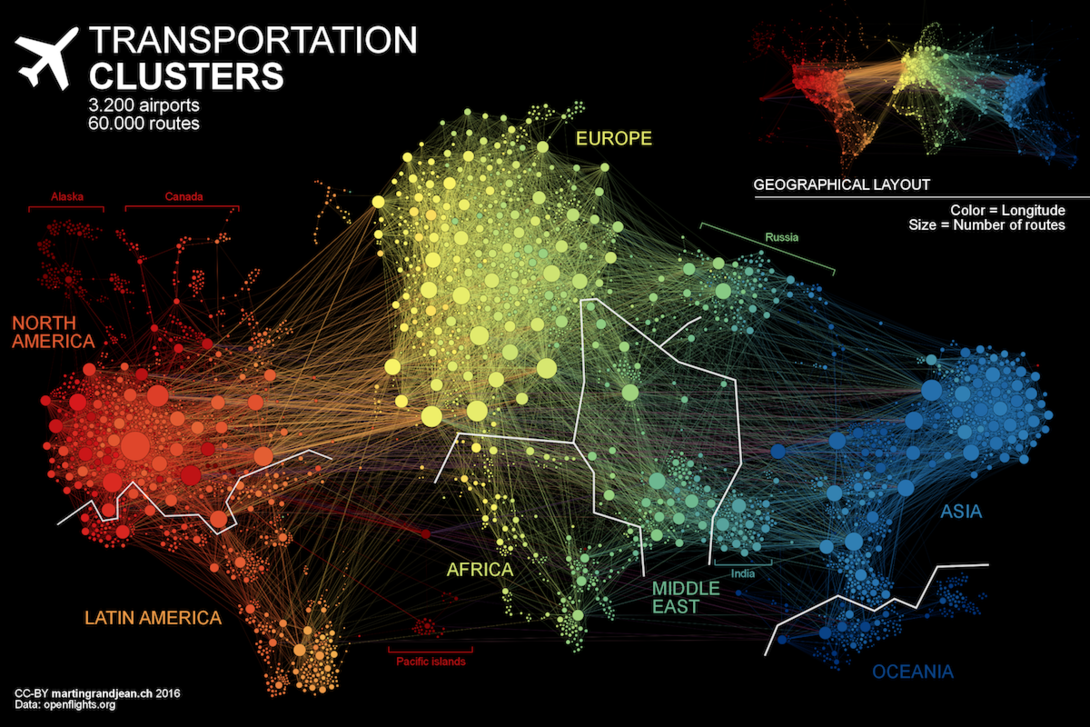 People travel not just more frequently, but increasingly far and quickly. Mapping the connections between all the airports worldwide is a fascinating network visualization exercise.
A network, in its very essence, is already a map. And the global transportation maps that represent the flight connections rarely make this network intelligible: on a world map, Europe is often a very dense area where it’s almost impossible to distinguish the dots/airports. Ultimately, thesemaps (sometimes very beautiful objects), do not represent the data itself, but some idea of the complexity and quantity.