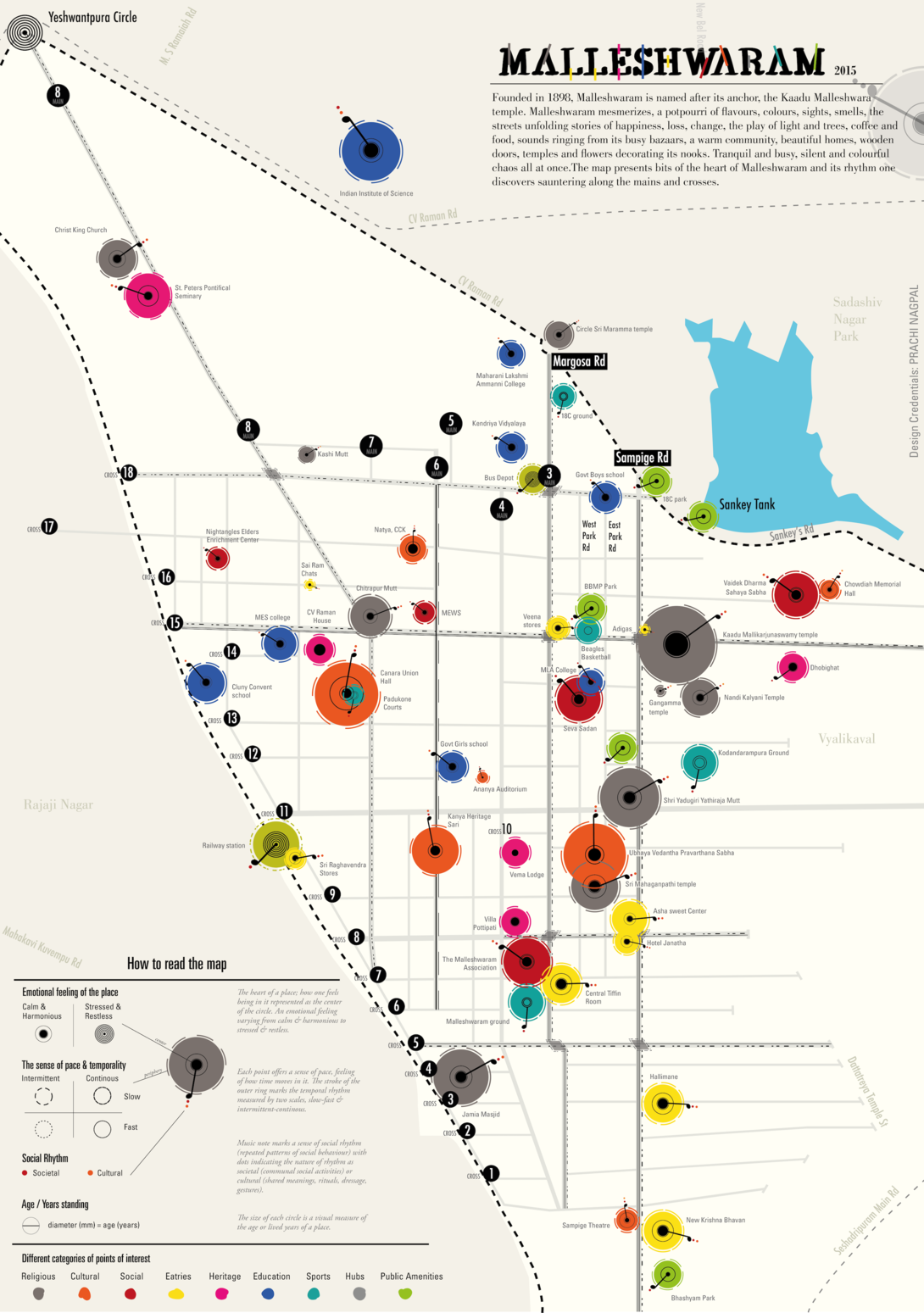 The work discussed is a map of Malleshwaram, more than a hundred years old dwelling in the city of Bangalore India with a spirit of its own. Malleshwaram mesmerizes, the heart of it—a potpourri of1 flavours, colours, sights, smells unfolding in the streets; the play of light amidst the green of trees, coffee, food and sounds ringing from its busy bazaars, a warm community with beautiful homes, wooden doors, temples and flowers decorating its nooks—is many complex layers. Tranquil and busy, silent and colourful chaos all at once. Sauntering along its mains and crosses, one soaks in this ‘image of the city’ as Lynch would call it.
How may we paint this ‘image’ on the geographic canvas?
How may we represent the complex ‘sense of place’ we experience by the virtue of being in it?

Malleshwaram memoirs is an attempt at mapping places to make visible the sense of ‘lived place’ we experience by being in places. It is an experiment to invite and entice the reader to walk about the streets of Malleshwaram. The work builds on the notion of rhythms in urban places and translates them visually through a rhythmic framework. The data represented has been manually collected and builds on previous body of work. The work metaphorically presents the city place as a musical ensemble, a symphony uniquely shaped by its sense of dwelling.

The technique (a work in progress) is promising in offering a visual framework to develop new modes of notation for representing complex urban phenomenon that may in turn be instrumental in informing urban planning decisions to nurture places and not just spaces. It explores the boundaries of map as an instrument for way finding as we commonly use it and instead as a vehicle for reordering the way we perceive a place.