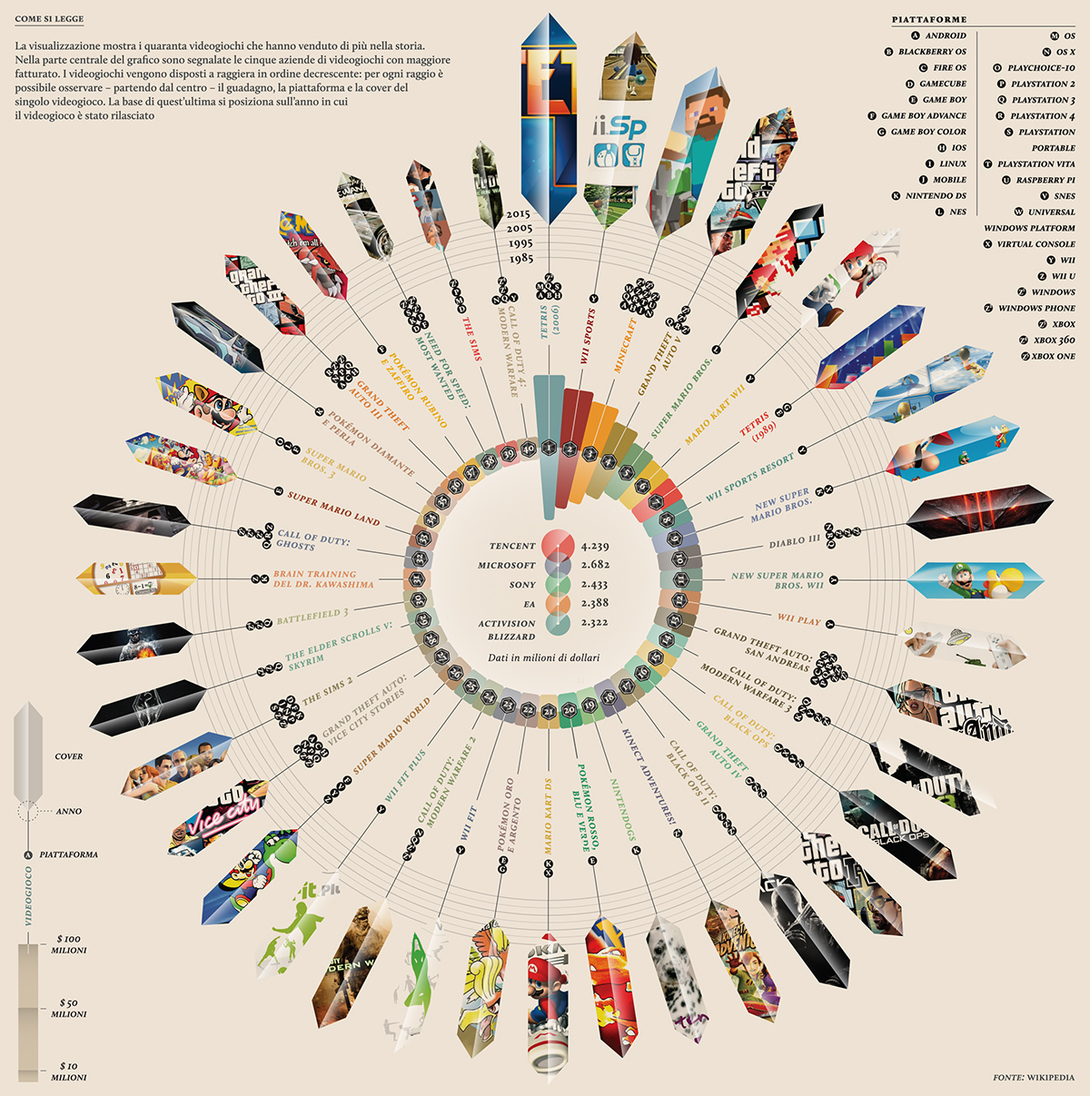 The artwork shows the 40 most selling videogames in history. In the central part of the graph it is reported the five videogame companies with the greatest turnover. The games are arranged radially in descending order: for every ray it is shown - from the center - the profit, the platform and the cover of the single game. The base of the latter is positioned on the year in which the game was released.