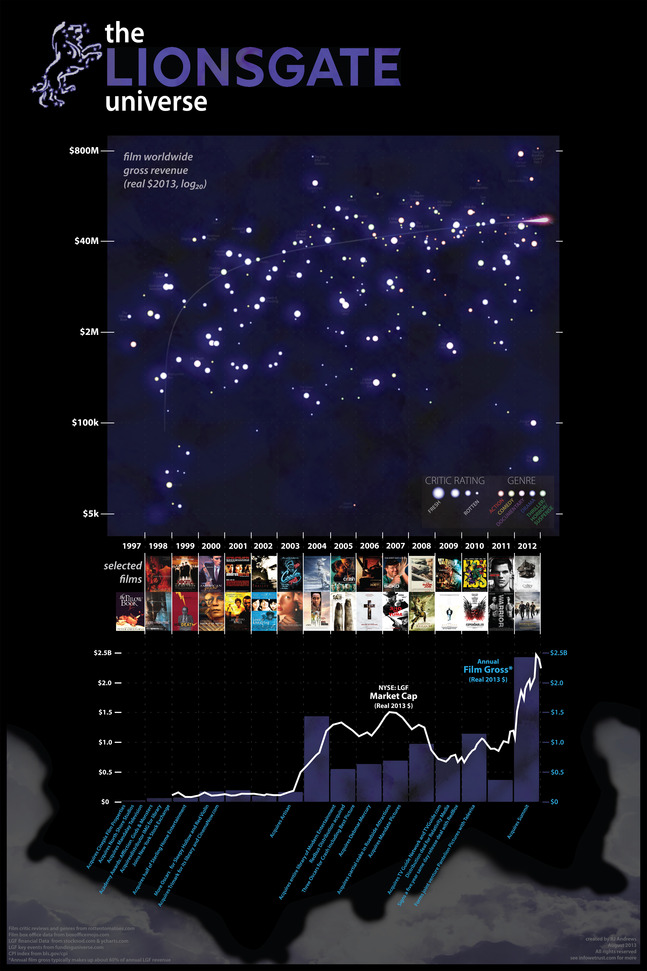 The Lionsgate Universe by Raymond Andrews

The entertainment company LIONSGATE–s (NYSE: LGF) rise to stardom is a Hollywood darling of a success story as perfect as any Oscar-worthy screenplay: from initial founding in Vancouver in 1997, through breakout success with daring features like 2000â€²s American Psycho, to becoming the most successful independent film and TV distribution company in North America today with properties like Twilight and The Hunger Games. The submitted poster, The Lionsgate Universe, sings the saga of this studio.

The design of the poster is based on the company's continuously evolving logos that began with the constellation of Leo the lion and has now found rest in a cloud bank. Against this celestial backdrop all films through 2012 are plotted, selected movie posters are featured, and basic financial info & events are presented.