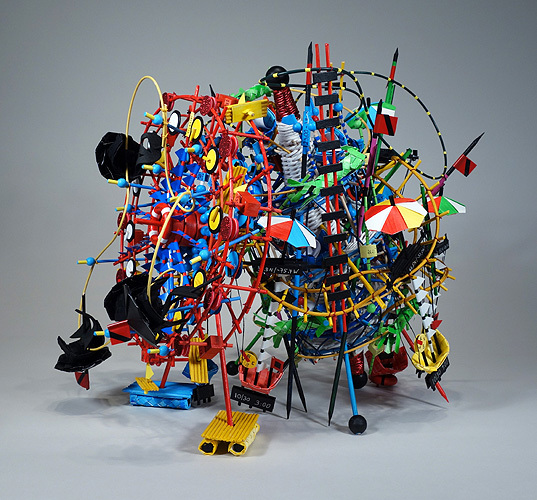 More than any other storm since Hurricane Katrina, Superstorm Sandy was a rude wake-up call that the effects of Climate Change to coastal communities. Some of the most iconic images of destruction were those of amusement park rides on the New Jersey and New York shorelines. Built of weather and ocean data from weather stations or ocean buoys, the numerical data builds the rides that also function as metaphors. While at first encounter the pieces appear as playful amusement park rides, a darker, more absurd narrative emerges about the implications for the future.