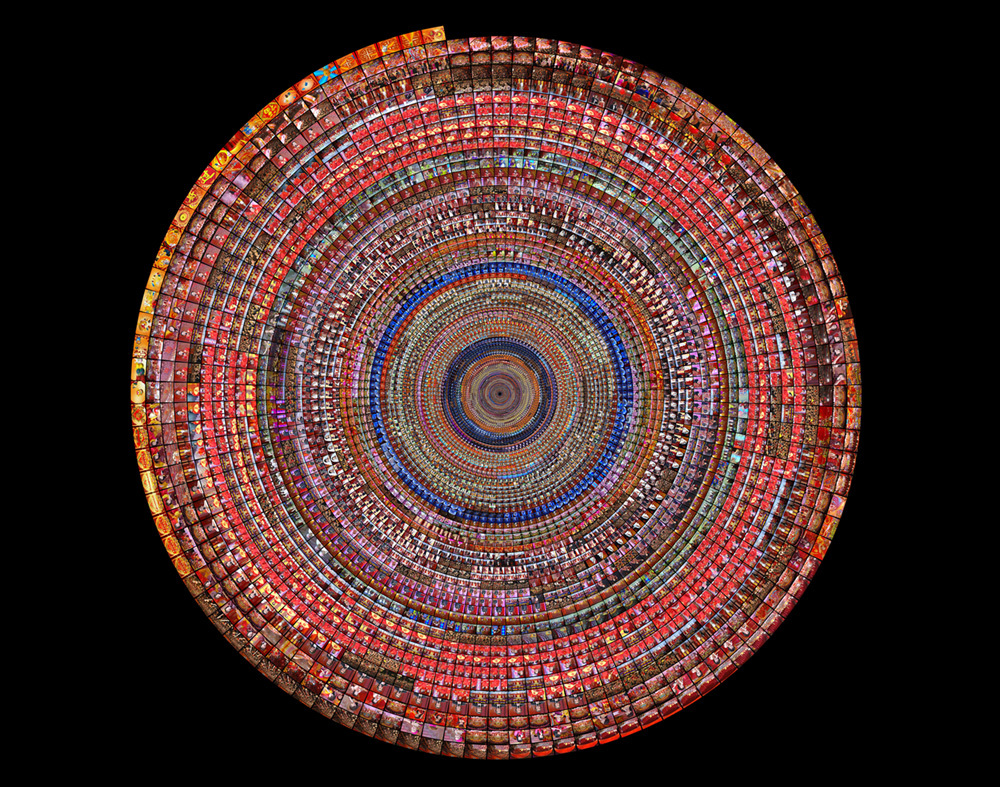 Dawes’s work, Cinema Redux, inspired us to take a serious look at how one would go about quantifying the amount of ‘redness’ that pervaded the Chinese media. Would the resulting outcome help to prove that I had a legitimate concern or would it dispels my exaggerated worry?

I chose CCTV gala, the Chinese New Year celebration TV program which is an all-night stage show filled up with performances ranging from traditional songs and dances to pop music and comedies along with a heavy dose of state propaganda, as my experimental object to answer the question I had raised above.

As people say you are what you eat, are we what we watch? We wish this new perspective triggers public reflection and provides answers.

A video of Spiralled Gala can be found on youtube https://youtu.be/MBIOAoVcwfo .