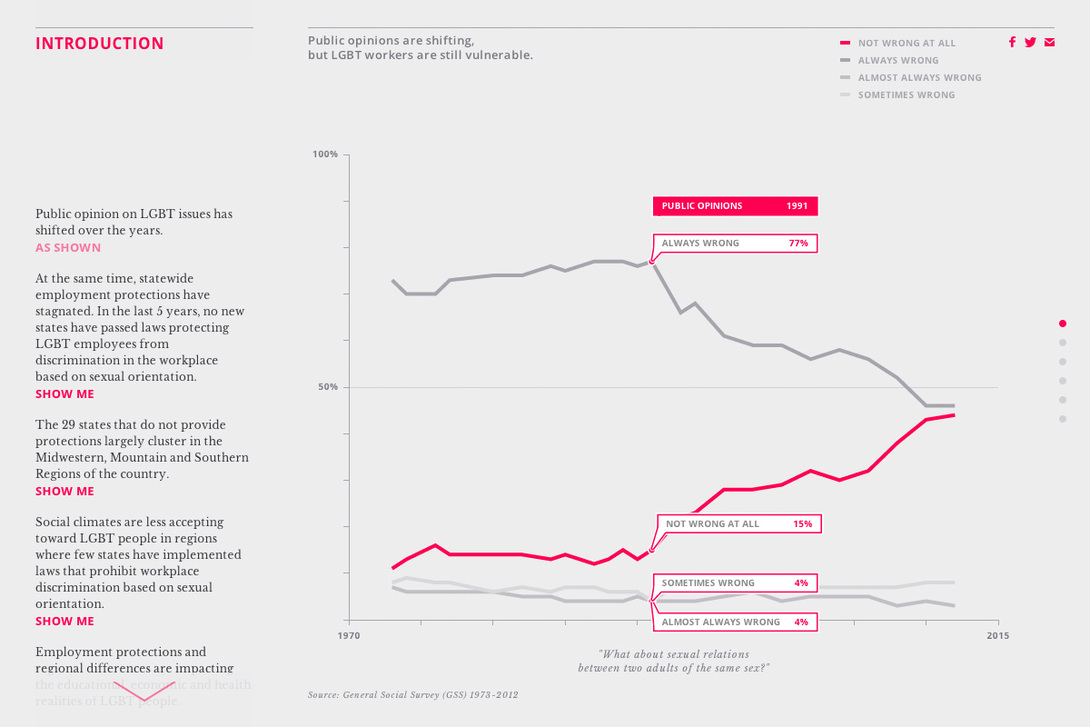 29 US states have failed to adopt non-discrimination laws to protect their LGBT inhabitants.

Yet over 60% of American LGBT people live in these states and suffer disproportionate socio-economic disadvantages as a result.

The LGBT Divide is an interactive web experience that sheds light on the impact that law and social policy has on LGBT people in America today.

Created by design agency, TWO-N, and US think tank, The Williams Institute, the interactive explores how issues of ethnicity, education, economic insecurity and health vary for LGBT people according to whether they live in states with or without non-discrimination laws. 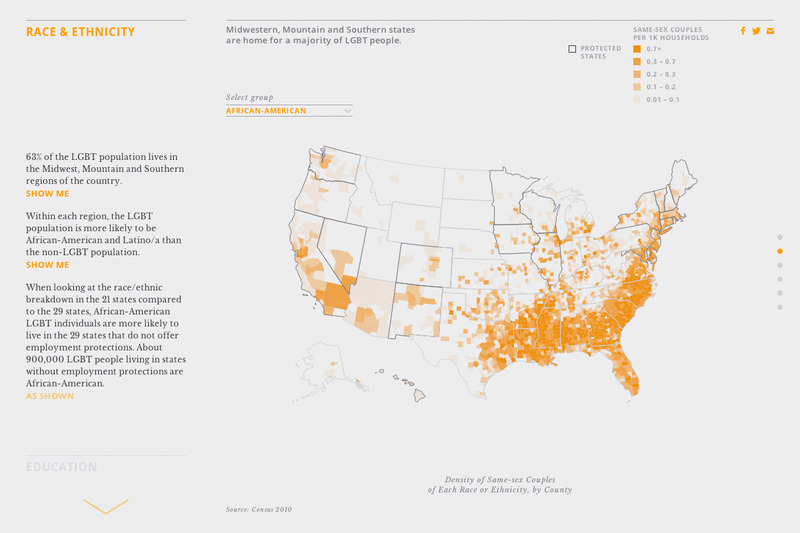 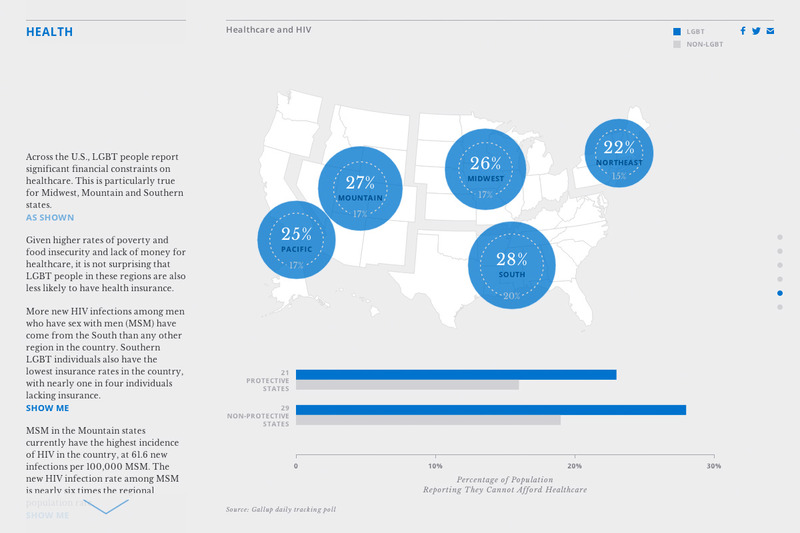 Several interesting things emerge from the data. For instance, within each region, the LGBT population is more likely to be African-American and Latino than the non-LGBT population. The piece also shows that LGBT individuals maintain higher levels of college completion in the 21 states that have legal protections for LGBT people than in the 29 states that don't.

Overall, it's a thought-provoking and well-executed web experience - top marks!

Posted in Inspiration — almost 8 years ago
Previous People killed by police Next Dear Data, an experiment in data-driven self portraits