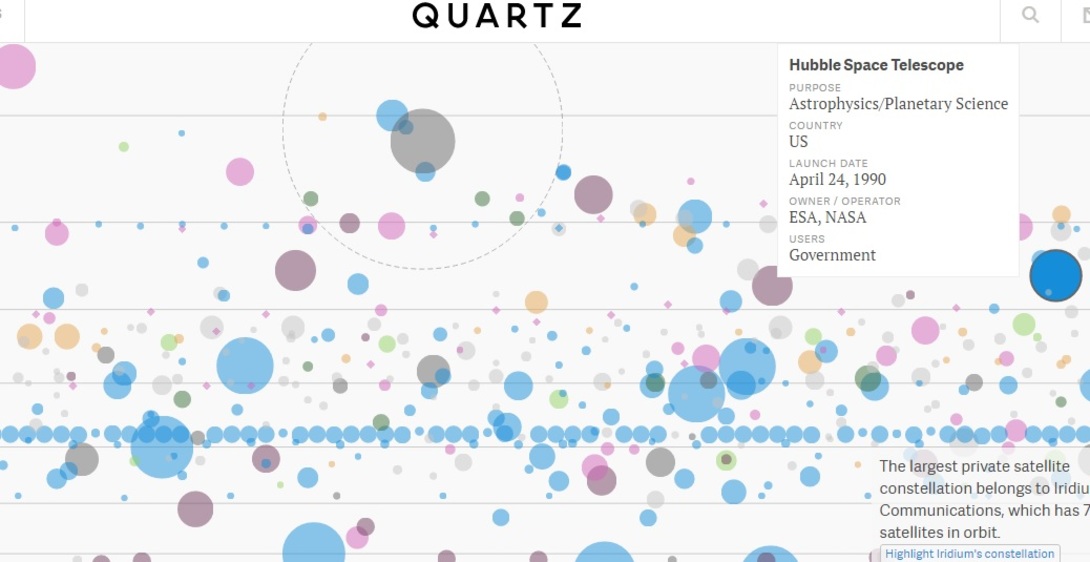 Launch all 1,200 of the satellites currently orbiting Earth with David Yanofsky and Tim Fernholz’s absorbing interactive data viz published on Quartz this week.

First decide whether to view satellites according to their purpose, country, age or user. Then set the satellites in motion, scrolling to see those furthest away from the earth’s surface.

The viz packs in some pretty awesome details along the way, such as which satellites are owned by Sirius XM and which are used for US spying purposes.

For the data beind the viz, check out the Union of Concerned Scientists' database.

Posted in Inspiration — about 8 years ago
Previous Share your data viz! Next Scroll UK’s hottest temperatures