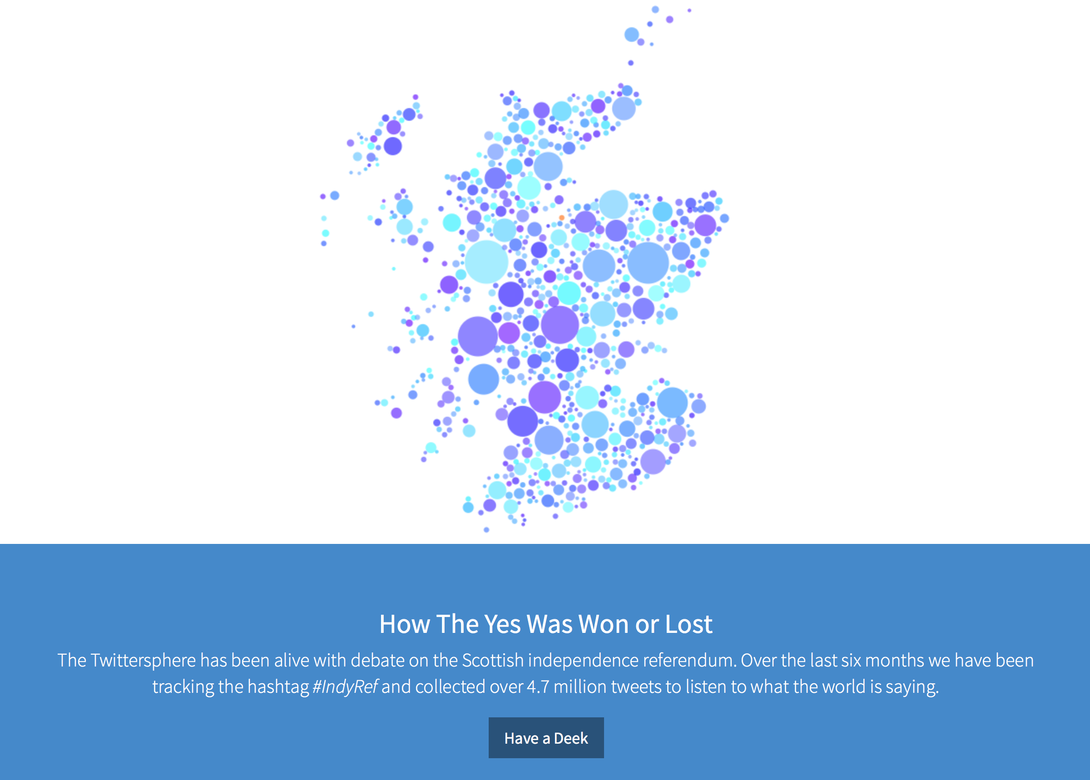 How the Yes vote was lost

The votes have been counted and Scotland has rejected independence by 55% to 45%. But while the vote required a simple ‘yes’ or ‘no’ answer to the question of whether Scotland should be an independent country, the different issues involved and the ramifications of the result of this month's Scottish independence referendum are many and complex. Which explains why the referendum's Wikipedia entry is so enormous. Scotsman Graeme Lyon's web visualization, however, simplifies things enormously, mapping, as it does, yes or no leanings, different issues and even levels of hope and fear as expressed in the 4.7 million or so tweets that have used the hashtag #IndyRef over the last six months.

Have a deek, as Lyon would say, at indy-scot.com.