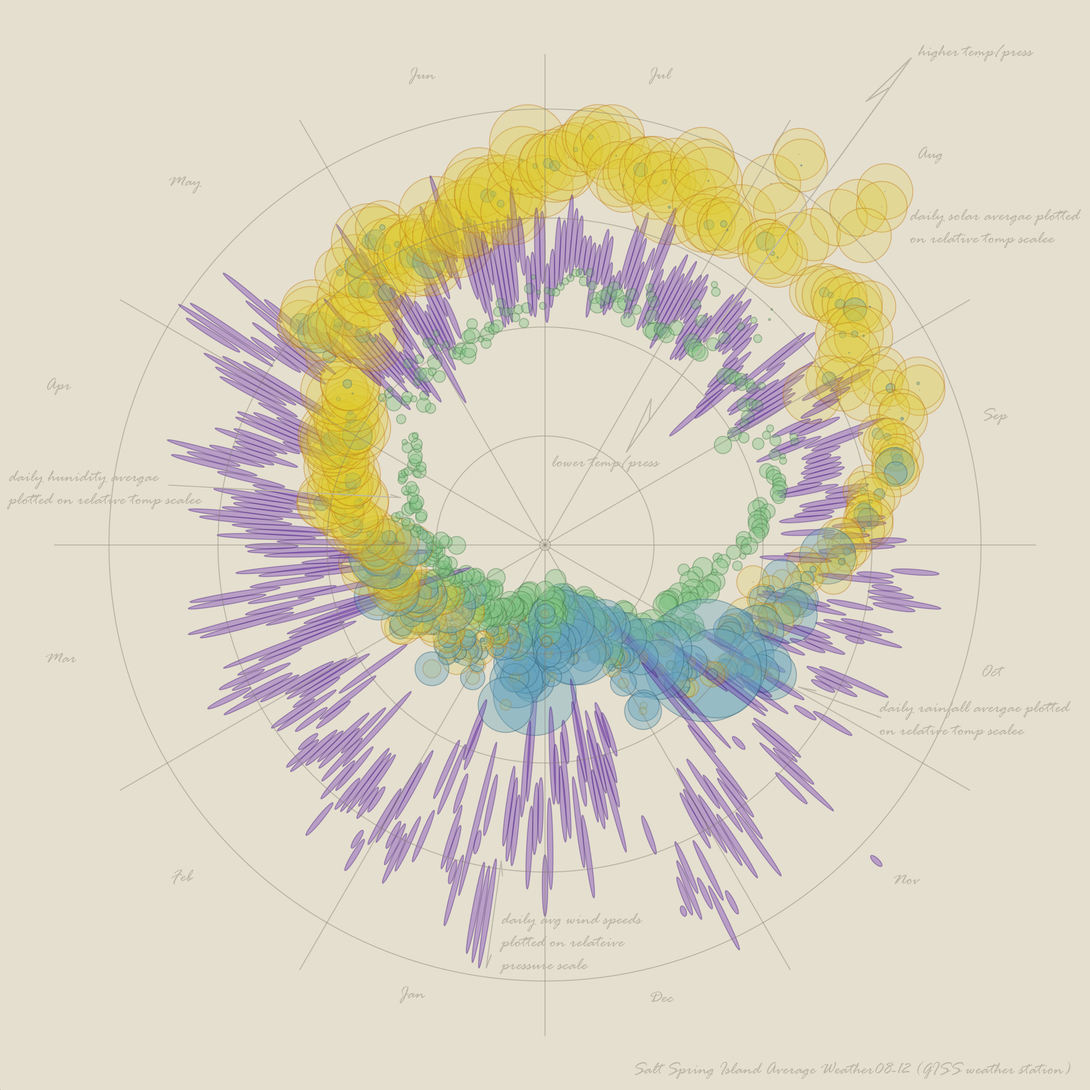 This visualization presents an aesthetic and holistic way of viewing local climate patterns and the relationships between various weather parameters. Playing with the Wikipedia common definition of a mandala; this graphic is essentially a geometric attempt to symbolize or represent the microcosm of a local climate cosmos.
The project started as a creative effort to represent the local climate of Salt Spring Island, which lies in the heart of the Salish Sea in the Pacific North West of Canada and US. It combines 5 year averages of weather data from a local weather station on the roof of the Gulf Islands Secondary School in the town of Ganges, Salt Spring Island BC. The station is part of school based weather station network that is sponsored by the University of Victoria, BC, that is utilized as both an educational and local/micro climate research resource.
5 year daily averages of selected weather measurements are displayed radially in time, with summer at the top and winter at the bottom. Solar insolation and precipitation are represented by yellow and blue circles respectively with the diameter of the circles representing relative quantities, and their plotted distance from the center of the circle representing relative daily temperatures. Green circles represent relative humidity also plotted on a relative temperature scale. Daily average wind speeds are represented by the indigo ellipses and plotted on a relative atmospheric pressure scale with higher pressure being farther from the center. Visual design software Processing was used to create this graphic.