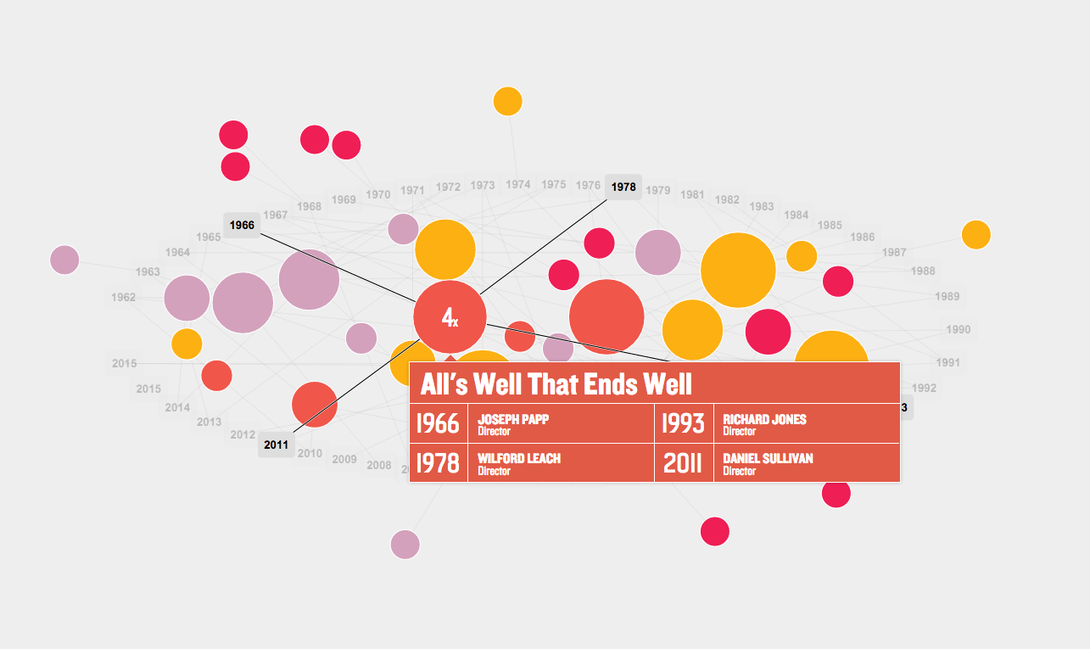 Shakespeare at the Delacorte Theater by Cloudred

The Public Theater has staged Shakespeare in the Park since 1962—one of New York City’s most beloved summer traditions.

We were interested in visualizing a complex data set of productions, characters, actors in a non-linear time based format. We wanted to create an engaging interface that would allow you to view who’s played iconic Shakespearean characters like Beatrice (Much Ado…), Lear, or Hamlet and also see key actors who have starred in multiple productions.

We were also curious about the plays. What were some of the more popular plays? Which genres dominate?

After 12 (!) design layout variations, hours of data collection and creative coding, we present an interactive homage to this great summertime institution.