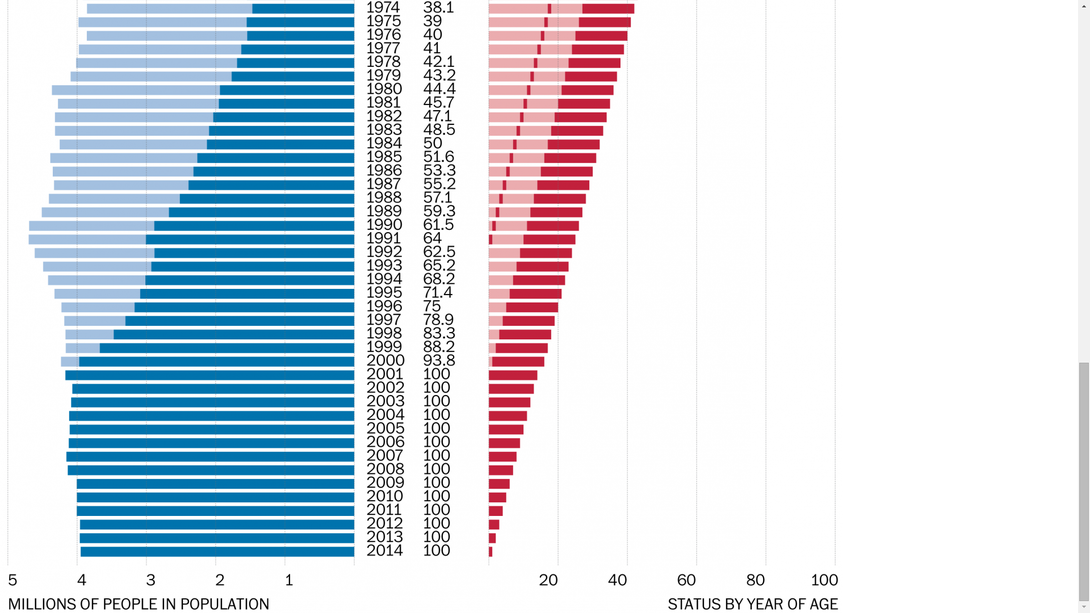 Using somewhat subjective definitions of "at war" -- Korea counts but Kosovo doesn't in our analysis, for example -- we endeavored to figure out how much of each person's life has been spent with America at war. We used whole years for both the age and the war, so the brief Gulf War is given a full year, and World War II includes 1941. These are estimates. But the beginning of the conflict in Afghanistan in (late) 2001 means that anyone born in the past 13 years has never known an America that isn't at war. Anyone born after 1984 has likely seen America at war for at least half of his or her life. And that's a lot of Americans.