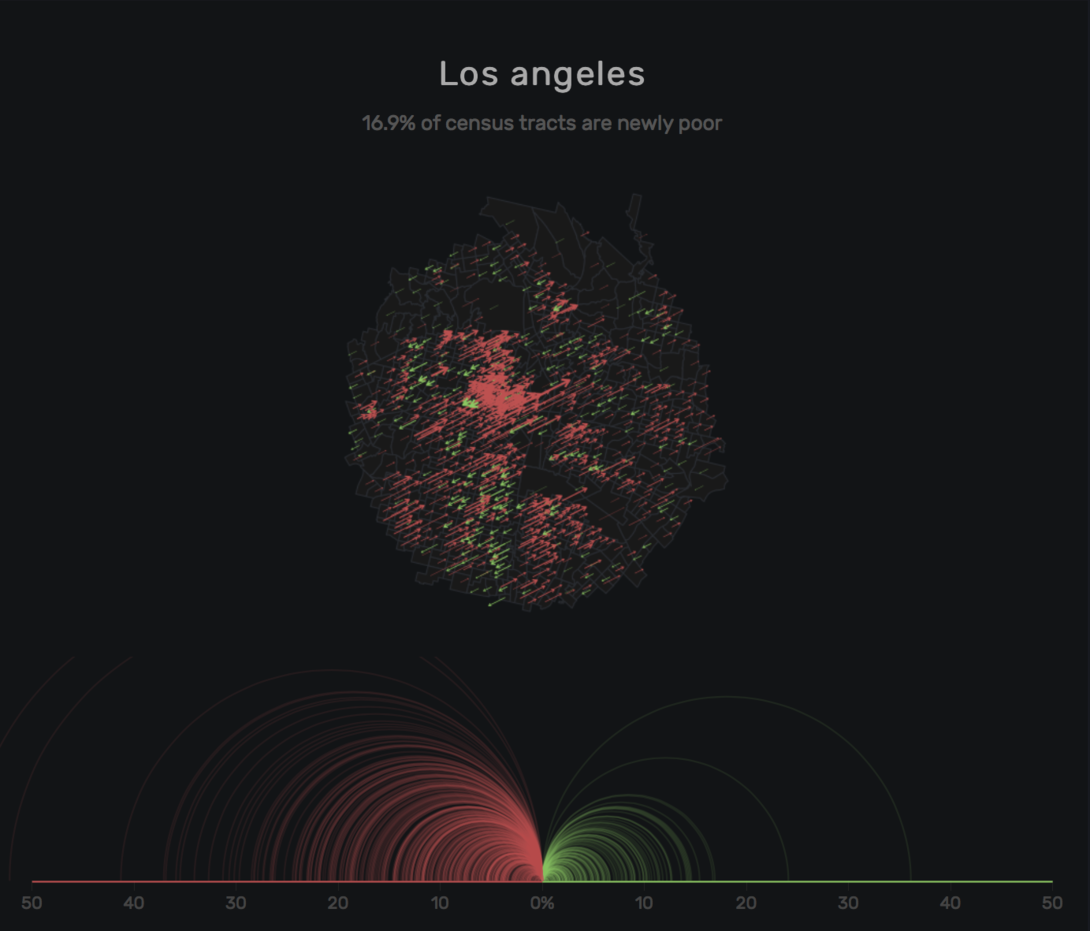 A Nation of Poverty by Justin Palmer

Concentrated poverty in the neighbourhoods of the nation's largest urban cores has exploded since the 1970s. The number of high poverty neighbourhoods has tripled and the number of poor people in them has doubled according to a report released by City Observatory. Longer arrows represent greater change in poverty and thicker arrows represent denser population. Newly poor tracts are ones that had a poverty rate of 30% or more in 2010 that did not in 1970.