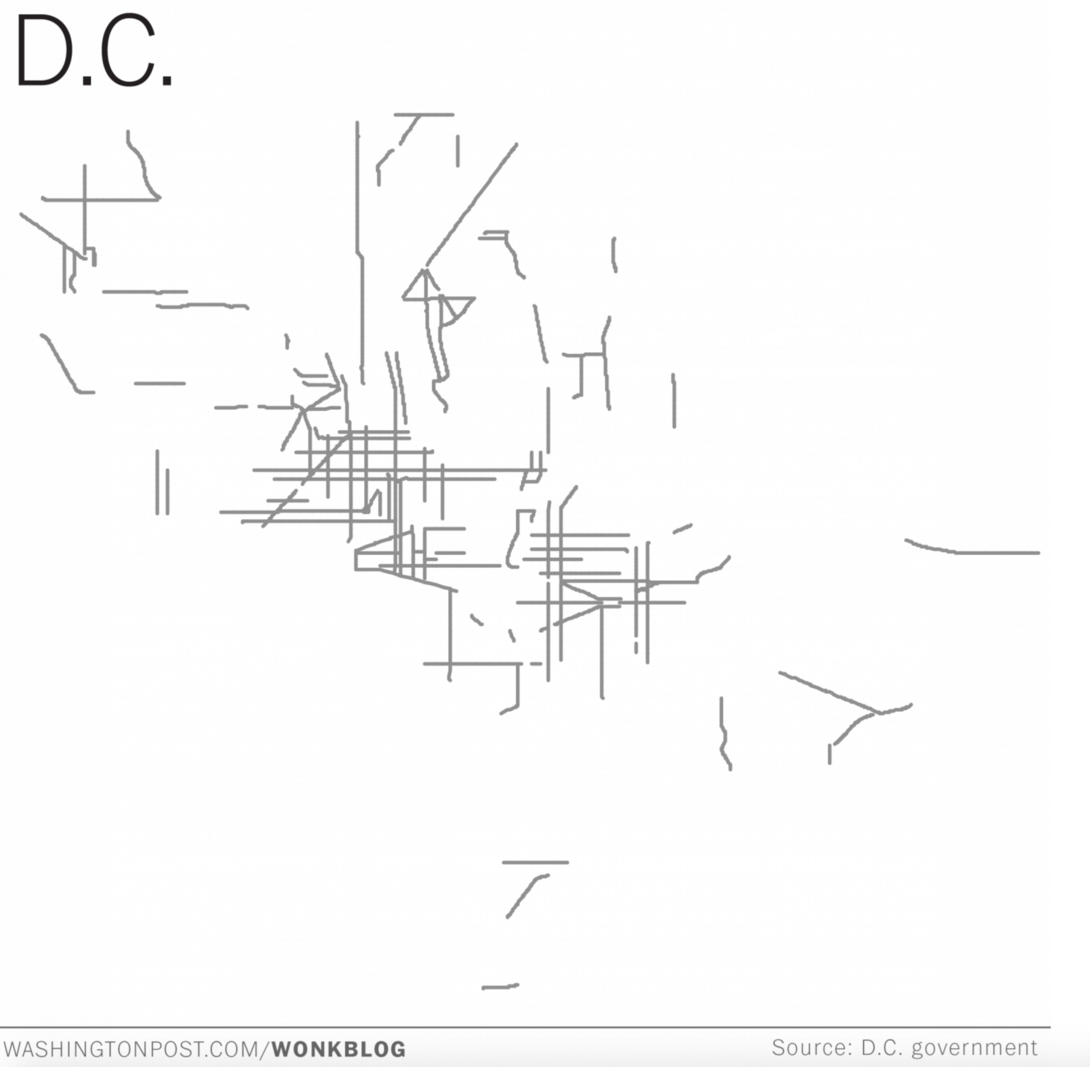 Bike commuting throughout the city is often like this: cobbled together out of a bit of bike lane here, an unprotected shoulder there, a scrap of sharrow and some silent pleas that cars won't run you over. Bike lanes occasionally appear and vanish multiple times on the same street. Sometimes they last just a few hundred feet. It feels as if someone striped the city with dozens of quarter-mile commutes in mind.

Zoom out, and to a cyclist in D.C., this is the street grid:

Bike lanes and sharrows in D.C.
We made that map to help illustrate what city streets look like to someone on a bike. Using city data, we've mapped bike lanes and bike rights-of-way where street markings indicate that cars must share space with bikes ("sharrows"). We haven't included off-road bike trails or "bike routes" that typically include wayfinding signs through neighborhoods but no street markings. The city continues to stripe new bike lanes — although reportedly at a lower rate than before — but that map represents the most recent inventory available on the city's open-data portal (are we missing anything? then update your data!).