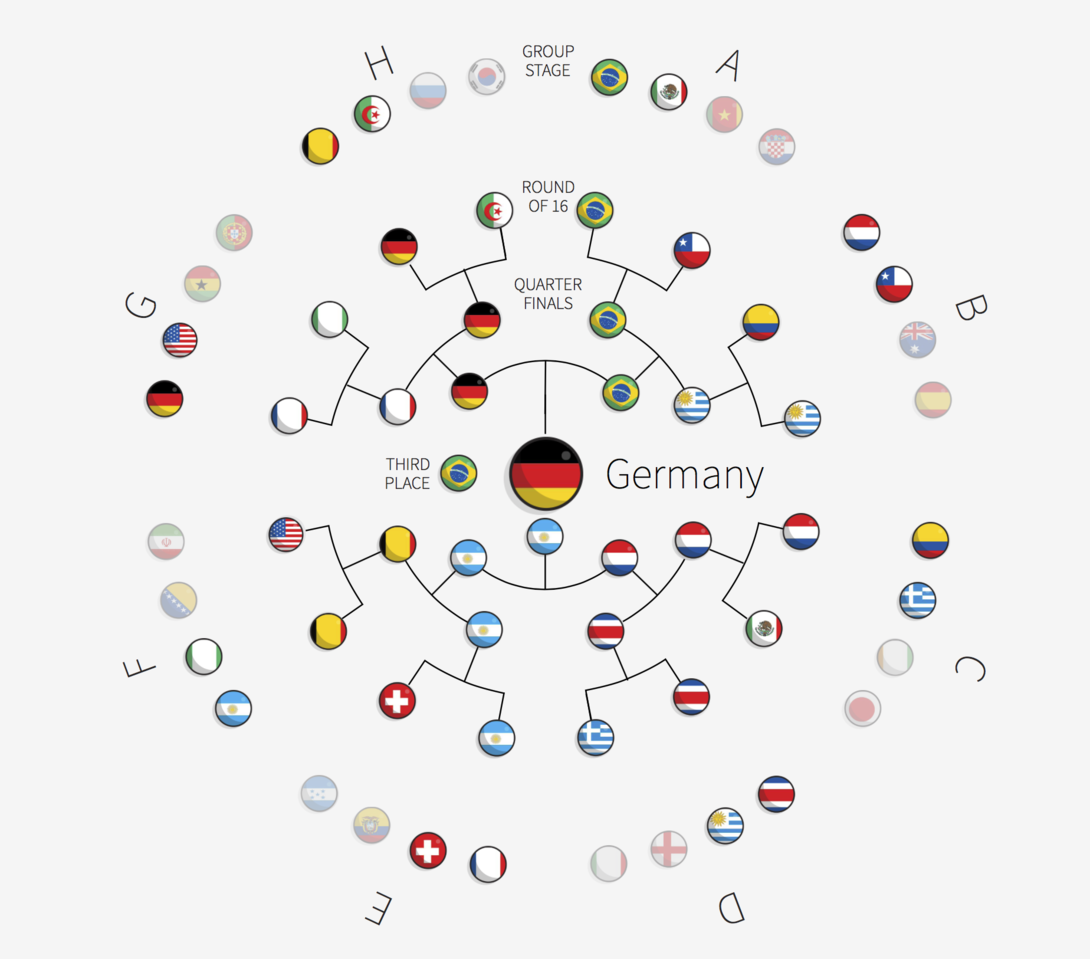 32 teams qualified for the soccer World Cup finals held in Brazil in June and July 2014. They started in groups of four with the top two sides progressing to the knockout stages. Here, they are represented by their respective national flags. Breakingviews scored the 32 qualifying countries by rank in each of four each criterion used. Interactive users can change predicted outcomes by adjusting the weight attached to each of the four inputs. Teams eliminated at the half ways stage have now been excluded from the updated Breakingviews calculator.