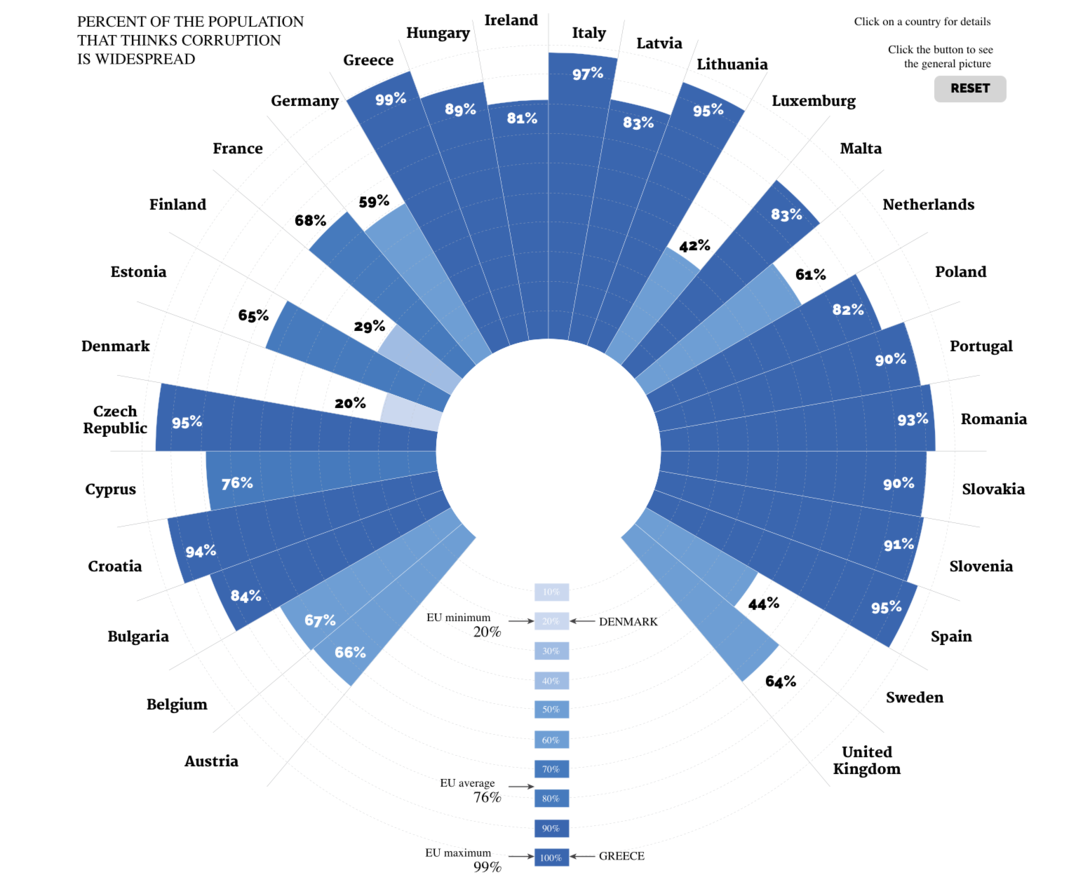 Corruption in the EU by Konstantinos Antonopoulos, Rabii Kalboussi

A European Union study found “breathtaking” levels of corruption across the 28-country bloc, costing the region at least 120bn euros ($162bn) a year. The study included a survey of public perception of corruption, which found that more than three-quarters of Europeans agree that corruption is widespread in their home countries and four out of ten consider it an obstacle.Nearly two-thirds of the businesses surveyed said using political connections or paying under the table were necessary in order to succeed or to access certain public services. Greece, Croatia and Romania see especially high levels of bribery, according to the report, while Denmark, Sweden and Finland remain the region’s best performers.