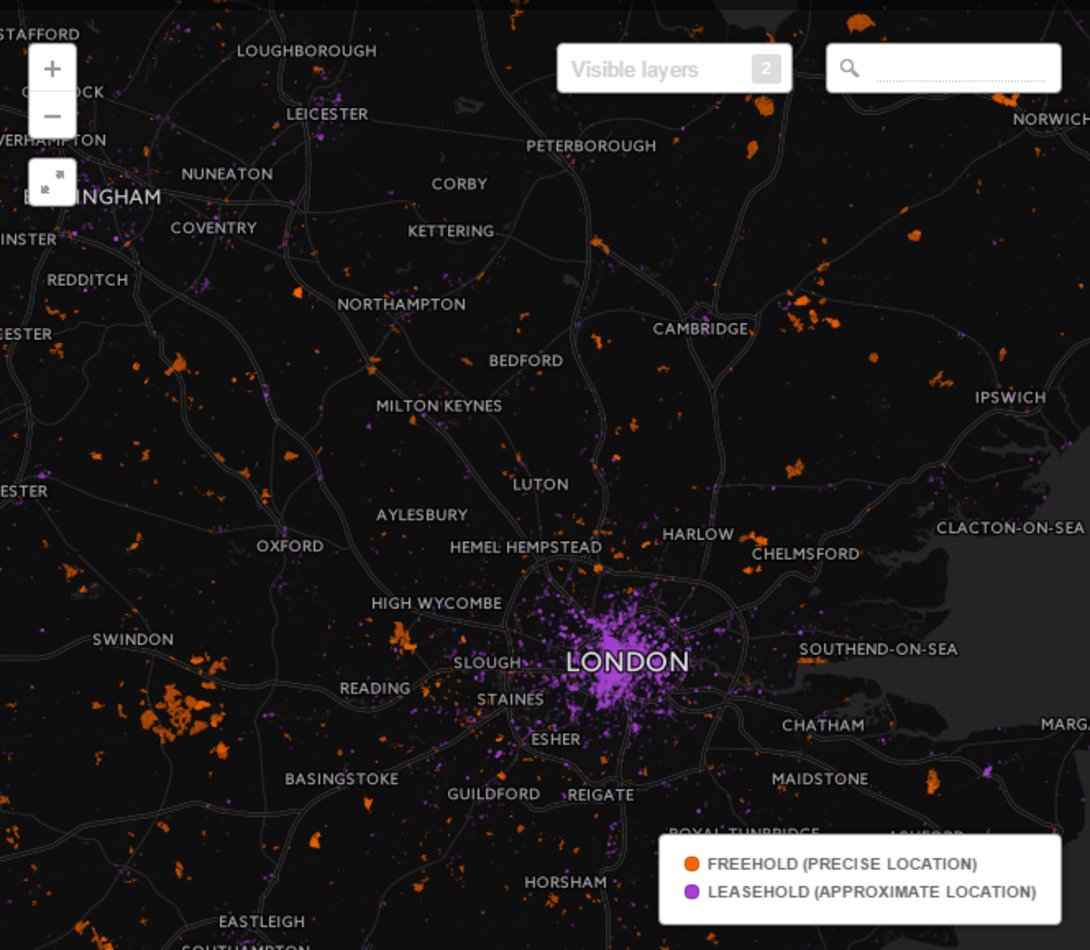 Selling England by the offshore pound by Private Eye

Over the last year Private Eye has revealed the extent of ownership of British land by offshore companies, generally for tax avoidance and often to conceal dubious wealth. Now the Eye has created an easily searchable online map of these properties, revealing for the first time the British property interests of companies based in tax havens from Panama to Luxembourg, and from Liechtenstein to the South Pacific island of Niue. Using Land Registry data released under Freedom of Information laws, and then linking more than 100,000 land title register entries to specific addresses, the Eye has tracked all leasehold and freehold interests acquired by offshore companies between 2005 and 2014.