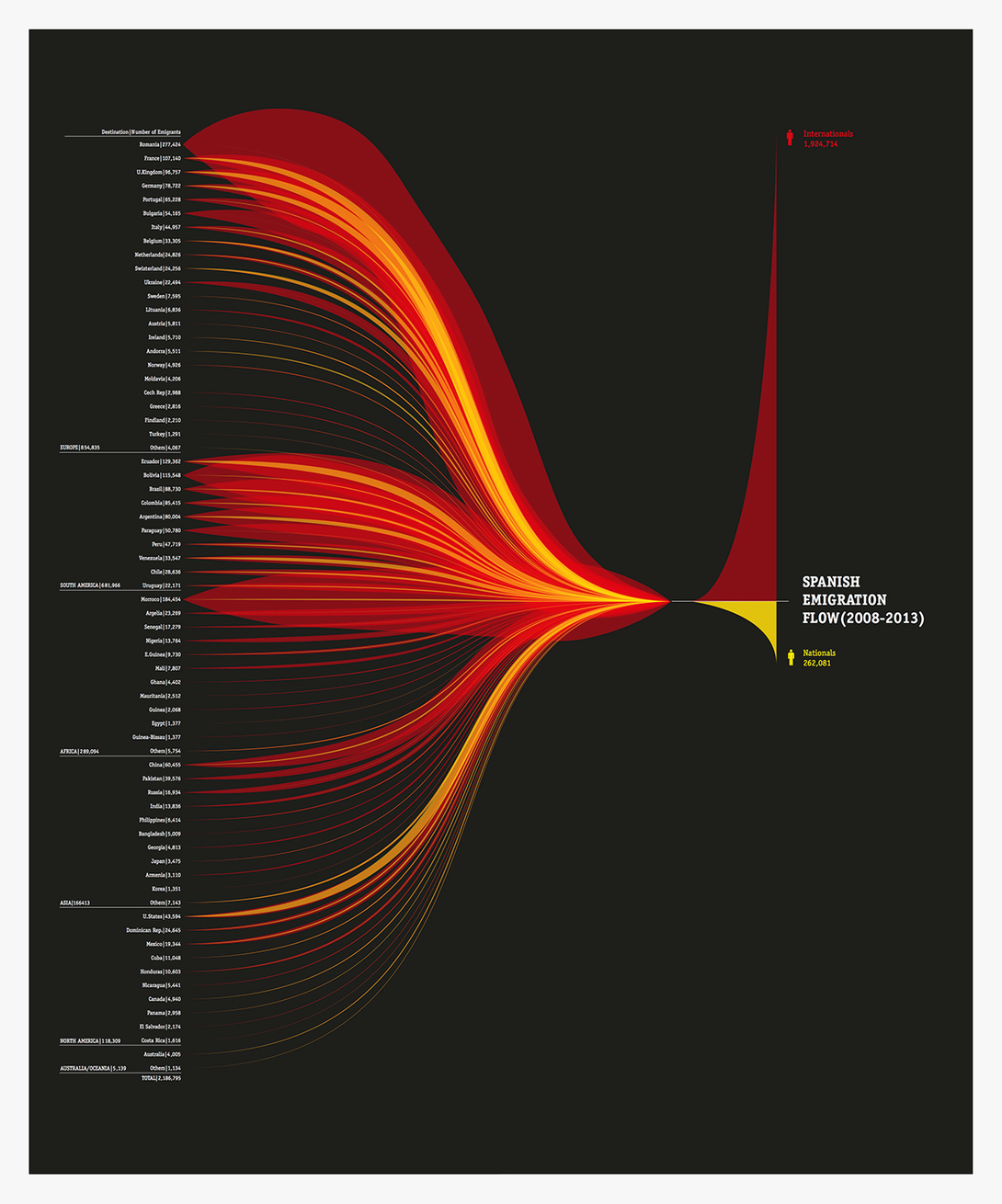 This piece of data visualization aims to deconstruct and represent the emigration flow of Spain between the years of
2008 and 2013.

The system that I created to visualize the total number of Spanish emigrations during this particular time-frame is reigned by four variables: time, quantity, destination and group of population. The system consist on a time line that is fragmented by year and mesures the volume of people that moves from Spain to another country in the world. That way we can perceive which type of emigration and its volume at any specific time (between 2008-2013) based on a particular destination. The people outflow is divided in two groups: nationals (Spanish born), represented in yellow, and internationals (non-Spanish born), represented in red. The destinations are organized upon geographical location and quantity of emigrations received, from high to low.