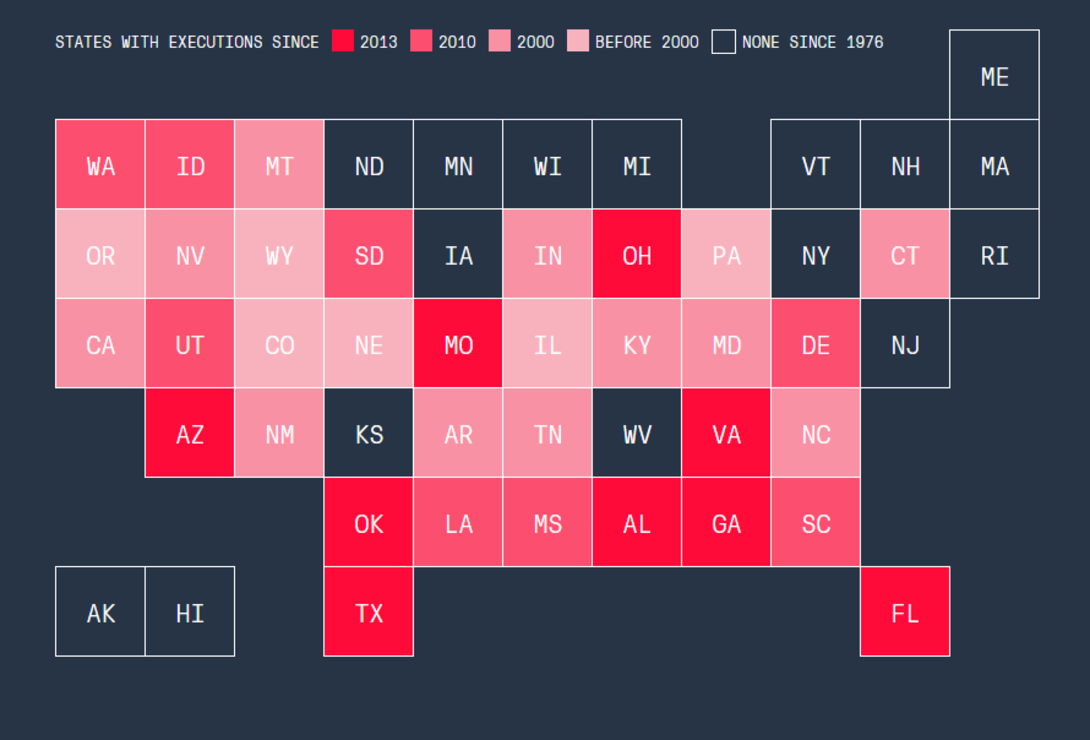 The next to die by Daniel Lathrop and Anna Flagg

Looking back, we know quite a bit about who has been put to death in the United States. We know that the last person to be executed was Jerry William Correll, who died five days ago by lethal injection in Florida. We have records that show he was the 1,419th person to have been executed since 1976. In fact, since executions resumed that year following a four-year suspension imposed by the Supreme Court, we know many specifics including race, age, sex and other information about those who have paid the ultimate price in the criminal justice system.

But there has been no detailed, up-to-date schedule of coming executions.