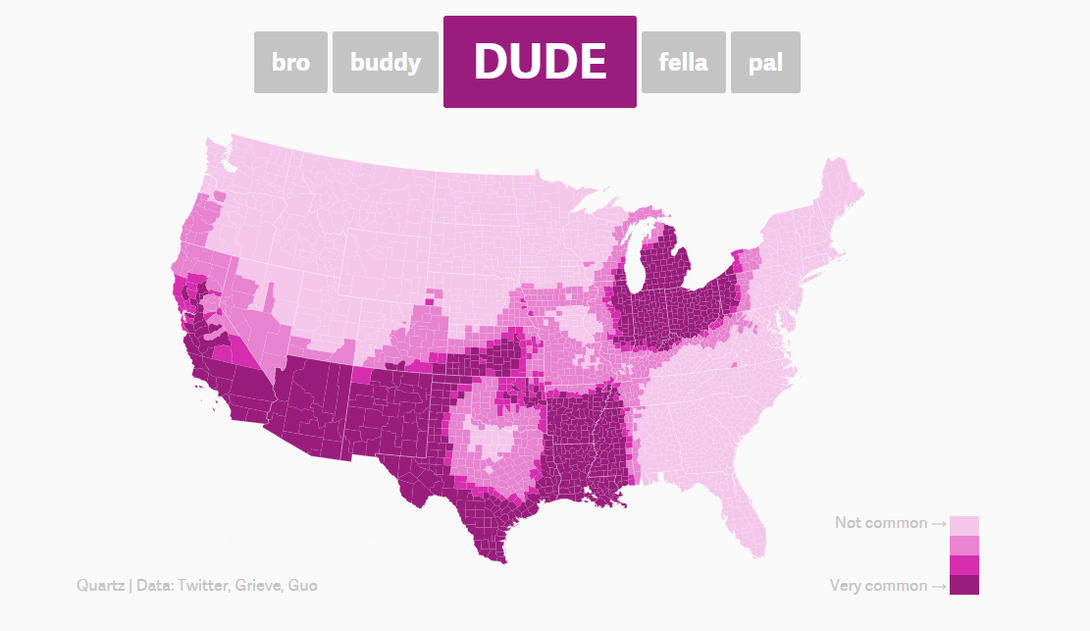 The Dude Map: How Americans Refer to Their Bros by Nikhil Sonnad

It seems safe to report that dude has supplanted totally as the word most often uttered by American youth, claimed Richard Hill in his 1994 paper on the history of the word dude. That might be true, but as it turns out, dude is more popular in some parts of the United States than others. In other areas of the country, people say pal, buddy, and other colloquial vocatives, nouns that usually refer to a person.