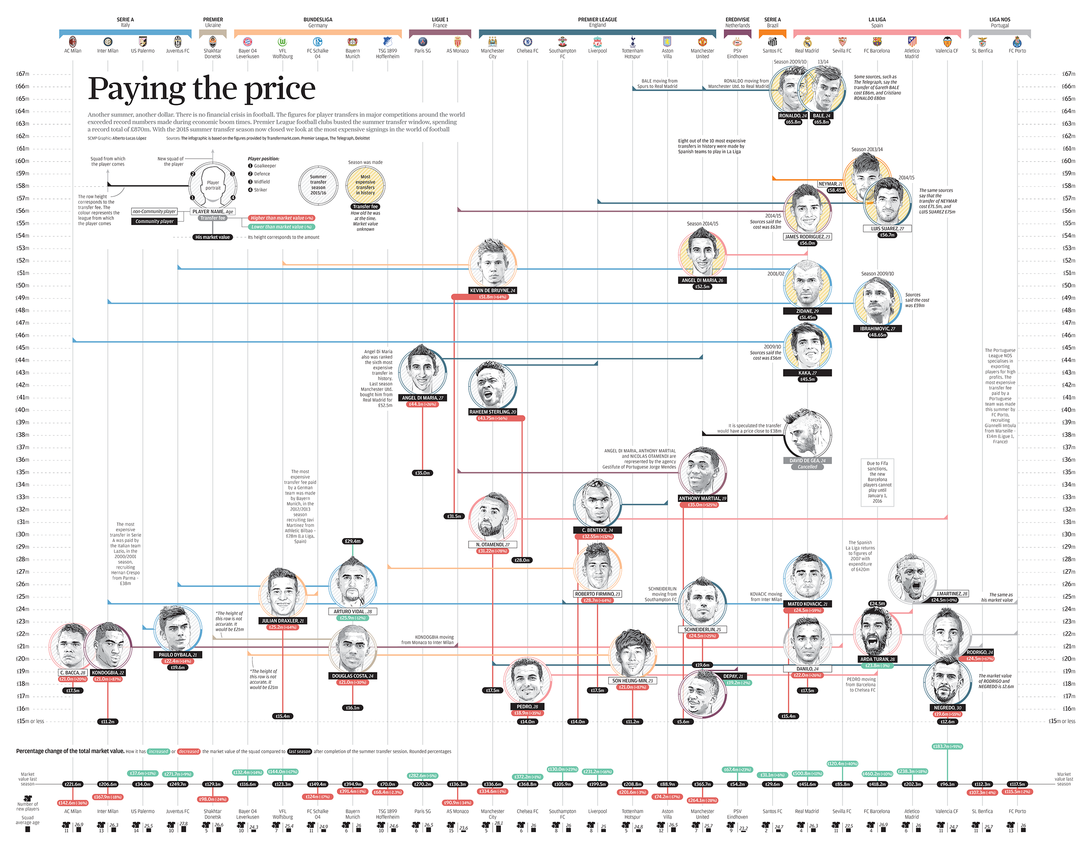 From Gareth Bale to Luis Suarez, the most expensive signings in football by National Geographic

Another summer, another dollar. There is no financial crisis in football. The figures for player transfers in major competitions around the world exceeded record numbers made during economic boom times. Premier League football clubs busted the summer transfer window, spending a record total of £870m. With the 2015 summer transfer season now closed we look at the most expensive signings in the world of football.