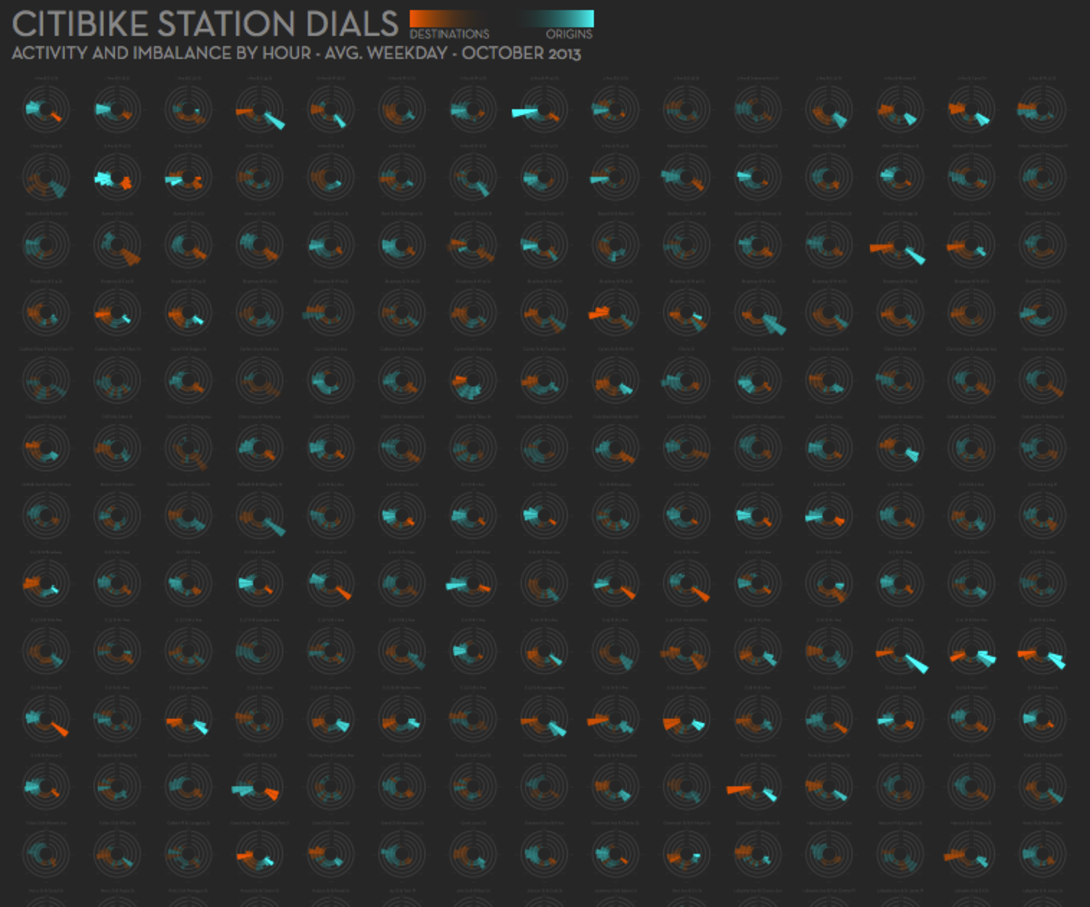 As has been recently documented by the press, one of the major challenges that CitiBike is facing is the rebalancing of their stations. As origins and destinations of CitiBike trips are not necessarily symmetrical during the day, CitiBike has been forced to constantly move bikes around the city, taking them from full stations and delivering them to empty ones. This problem is both financially expensive and frustrating for CitiBike users: many people complain about either not finding bikes at their stations of origin or not finding empty spots when they arrive at their final destinations. To study this problem we have created a series of visualizations which should serve as a starting point for further analysis.