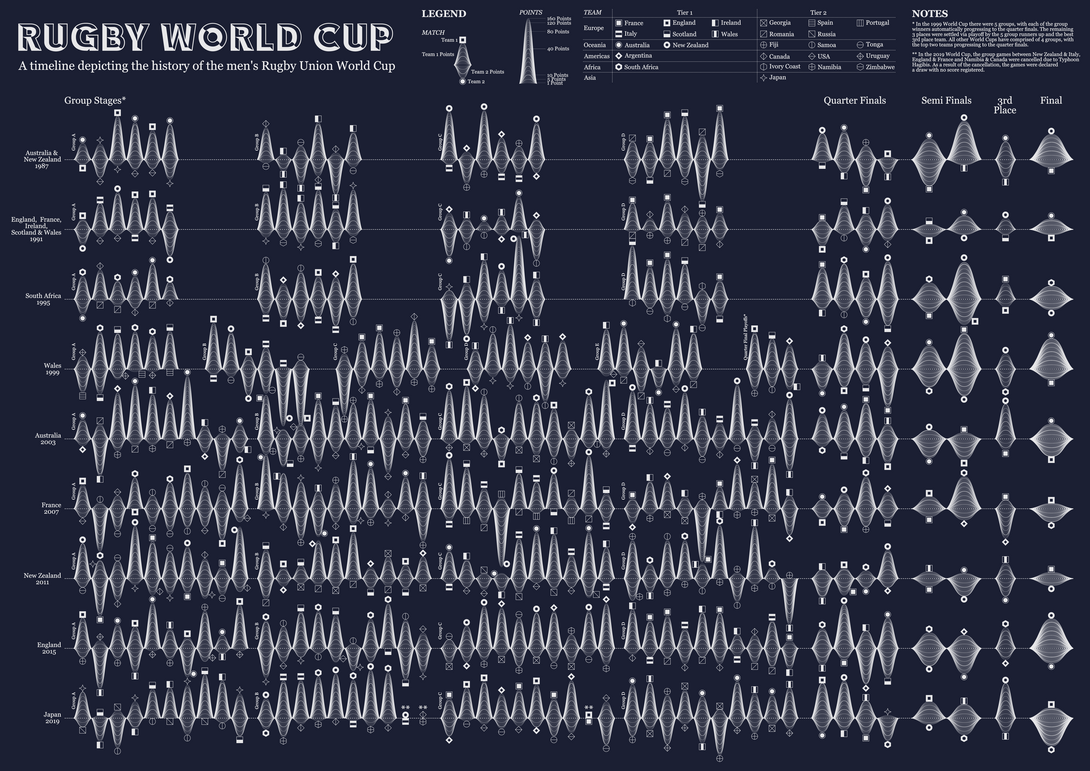 A History of the Rugby World Cup by Michael Griffiths

This piece is a timeline depicting the history of the Rugby World Cup (rugby union) and includes a visual representation of the scores of all matches at each tournament. The majority of matches are all group stage matches, and so visually takes up the most space, but given the importance of the knockout stages, I tried to place more emphasis on these latter stages of the tournament by making the width (not height) of the matches larger, as well additional shading, culminating in the final. Given the handful of extreme results, and to minimise the amount of overlap, a non linear scale has been used to represent points scored each match (as indicated in the legend).