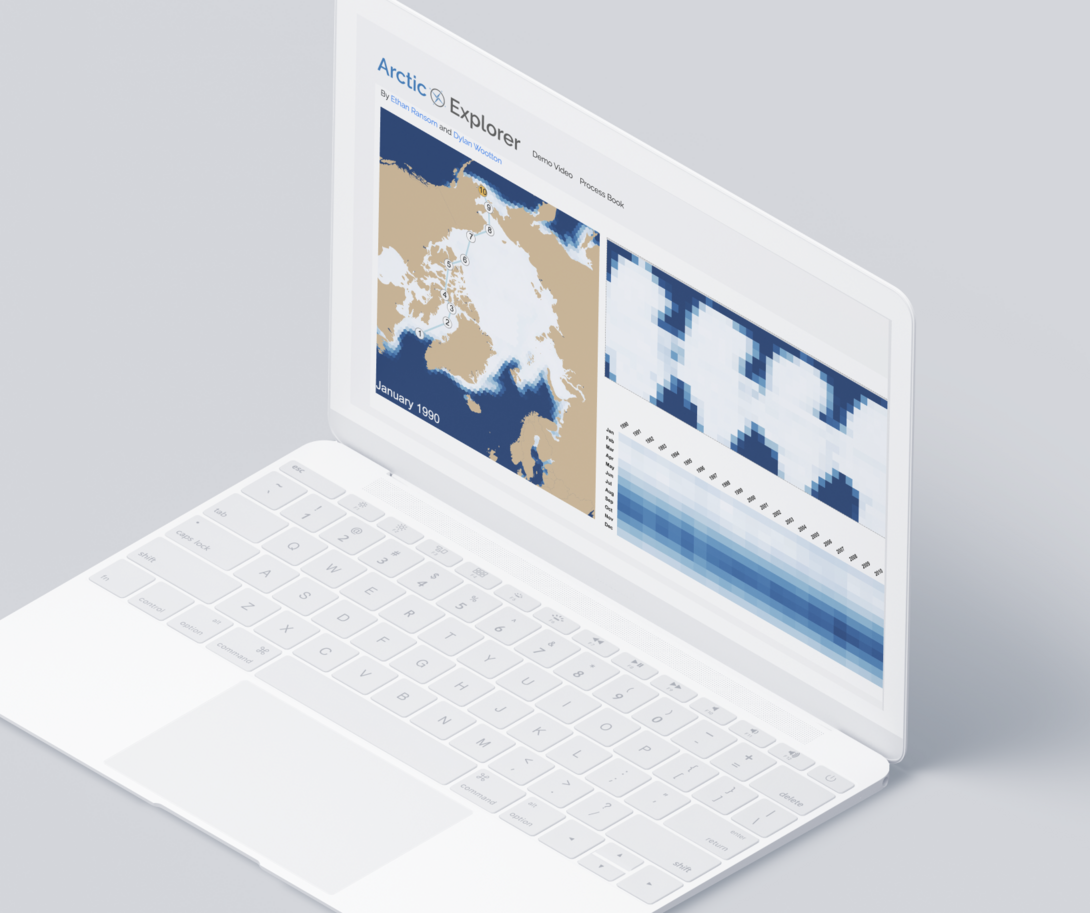 The Once Frozen Frontier: The Hidden History of Sea-Ice Along the Northwest Passage by Massachusetts Institute of Technology

The Arctic seascape plays an important role in North American trade and defense; however, in recent years, the Arctic has undergone radical changes, altering current shipping routes and opening up previously blocked paths. This work presents Arctic Explorer, a visualization tool to analyze sea-ice concentration along routes over time. Arctic Explorer was created for Polar researchers to better understand how sea-ice concentration has changed over the years, and it has applications to demonstrate routes that circumnavigate areas expected to be blocked with ice and discover new routes that may have opened up.

This work was completed through a "Design Study" research project. Interviews were conducted with Arctic ice researchers to identify common data operations and elucidate their underlying research questions about sea-ice. Then, a data pipeline was built to obtain this data from the National Snow Institute and process it. Once this data was in a format ready for visualization, exploratory data analysis was conducted in python, and then the interactive web tool was built using javascript and d3.js. Successive user interviews and demos to researchers indicated key accessibility demands that informed future interaction design (such as the magic circle to help show the connection between the 'TOSM' visualization and the map).

A point of primary interest is the ability for the tool to investigate sea-ice change in the North West Passage. The quest to discover the Northwest Passage was one of the most sought after feats of Polar exploration with dozens of expeditions launched since the 1500's. Records from these expeditioners offer an impressive account into both human kind's draw to human exploration as well as the inhospitable nature of the frozen frontier. When contrasted to today, these records seem startlingly incorrect; open water ways now occupy where thick sheets of ice used to float. Arctic Explorer offers a lens to see how data describe this rich history, serving as an ominous indicator of our uncertain future.