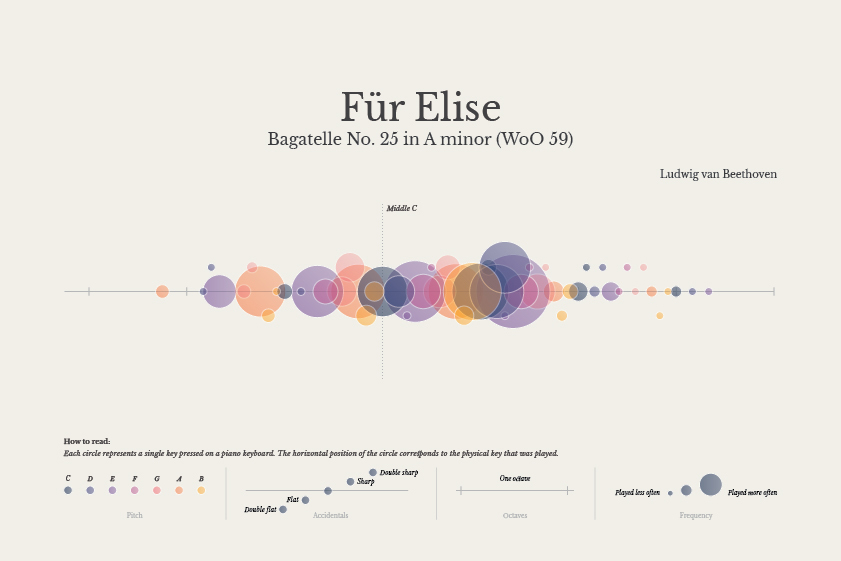 This series of posters visualizes what parts of the piano keyboard are played the most in well-known classical music pieces such as Fur Elise, 'Moonlight' Sonata, Clair de Lune and the Minute Waltz. Each circle represents one key on the keyboard and the size of the circle encodes how often that key was pressed. The horizontal position of the circle correlates to the location of the key on the keyboard and color is used to represent pitch. To generate this data, I downloaded MusicXML files for each piece and then used the Python library music21 to parse the files and tabulate the number of times a specific note occurred. I then used d3.js in an Observable notebook to build my visualizations. Finally, I exported each chart as a .svg file and polished and laid them out using Adobe Illustrator.