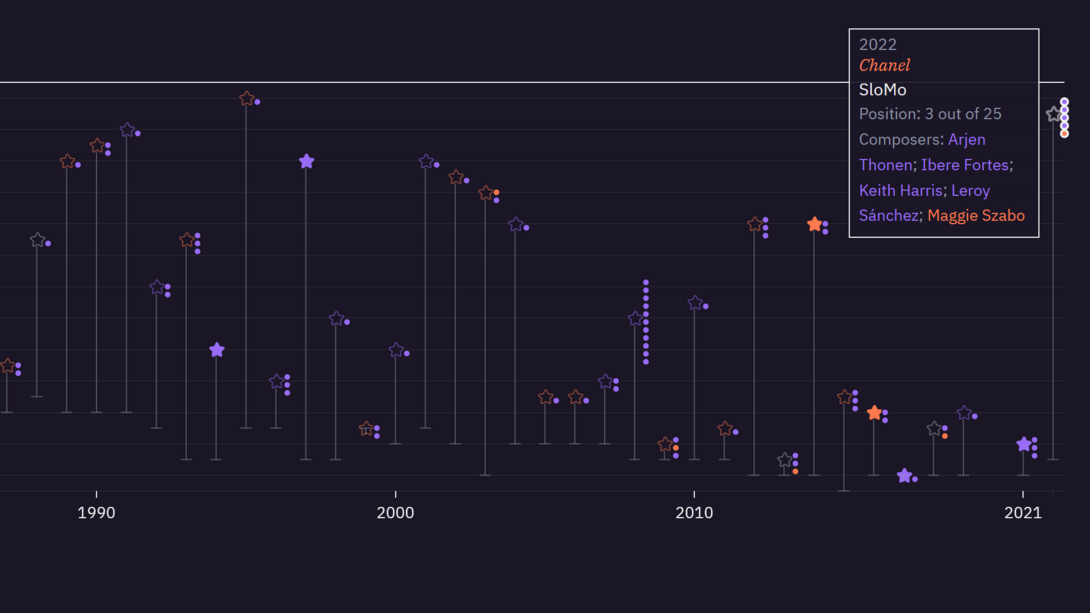 Who composes the Spanish songs that go to Eurovision? by Irene de la Torre Arenas

Eurovision is the biggest music competition in Europe. Countries send their artists and hope to get chosen by their fellow nations.

In 2022, the selection of the Spanish Eurovision song was very controversial. The final result caused a lot of commotion in the audience. The controversy was not only about the voting system but also the topic of the songs. The three favorite songs -among them the winning one- were all led by female artists and offered very diverse representations of women.

Each year is more important to have songs that are fair representations of society, both in terms of the lyrics and the team that produces them. This project studies if the Spanish participation in Eurovision followed this philosophy. It takes a special focus on the team members who, although invisible to the general audience, shape the messages that reach them: lyricists and composers.