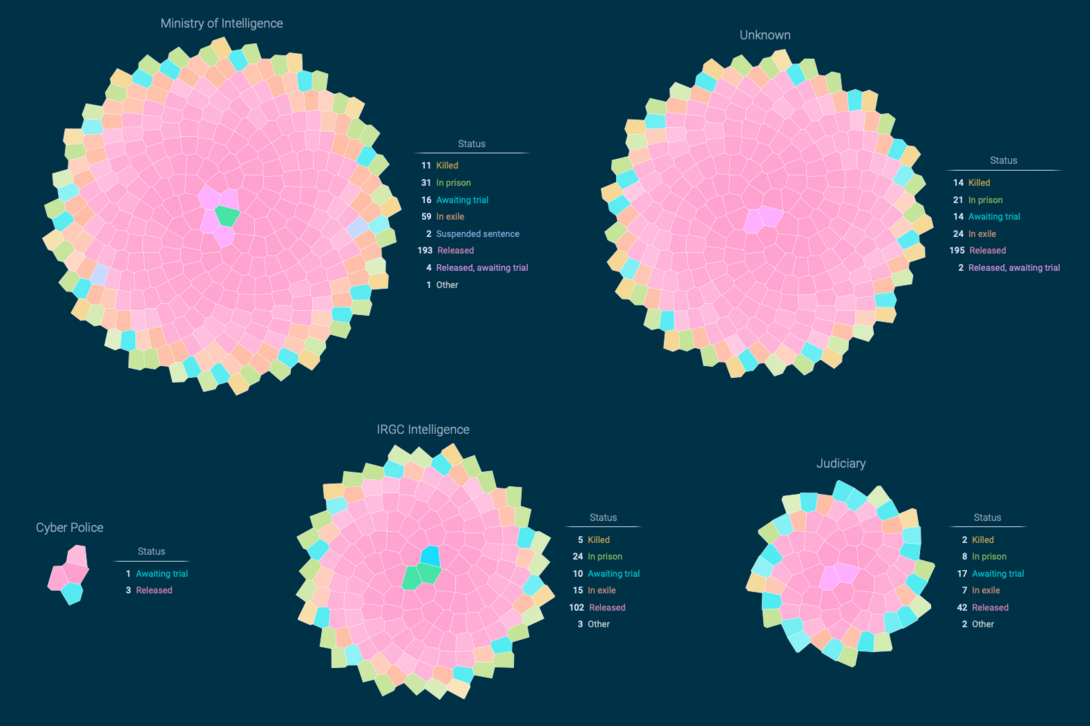 Since Iran’s Constitutional Revolution in 1905 and the birth of modern media in the country, successive Iranian governments have intimidated, imprisoned, tortured and killed journalists and activists who use the media to share information with others.
This project is an index of Iranian journalists, bloggers and activists who have been harassed, detained, jailed, exiled and in some cases executed by the state for their work.