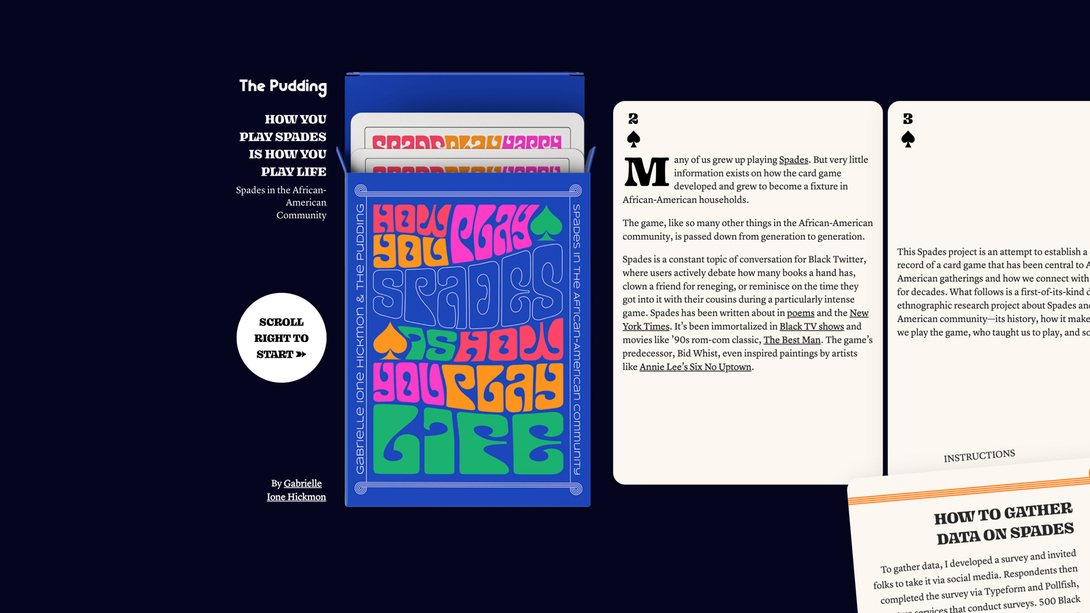 How You Play Spades is How You Play Life: Spades in the African-American Community by Gabrielle Ione Hickmon

Many of us grew up playing Spades. But very little information exists on how the card game developed and grew to become a fixture in African-American households. This Spades project is an attempt to establish a definitive record of a card game that has been central to African-American gatherings and how we connect with each other for decades. To gather data, we developed a survey and collected 500 responses. Then we built the interactive story and printed physical deck so people could learn about Spades as they played.