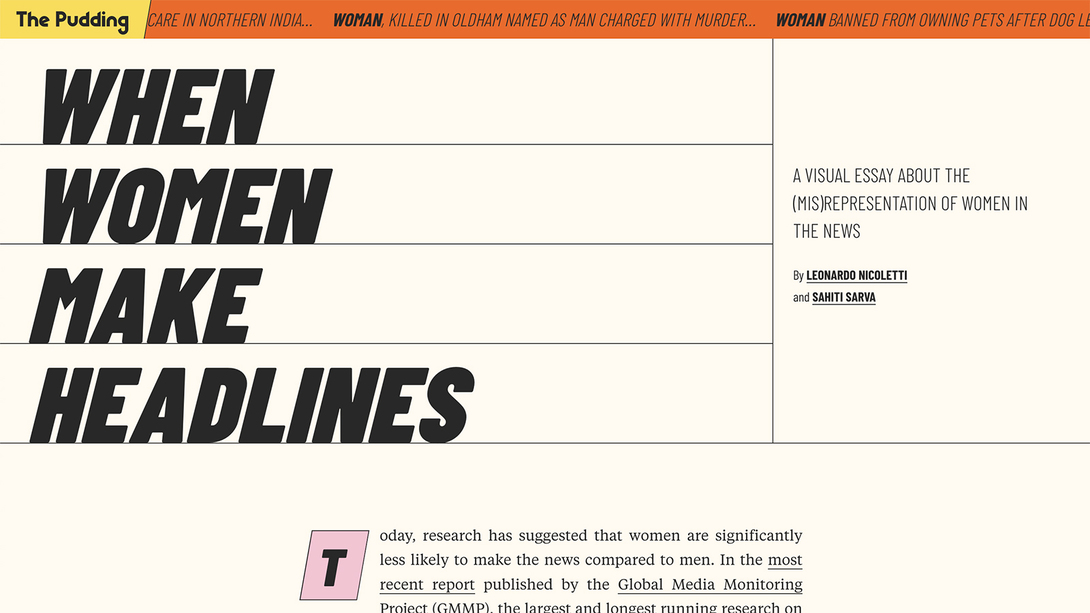 When Women Make Headlines by Leonardo Nicoletti and Sahiti Sarva

We analyzed more than 382,000 headlines published between 2008 and 2021 from the top English-language news publications in India, South Africa, the United Kingdom, and the United States to see how women are represented (or misrepresented) in the news. Here's some of what we found: 1. While all outlets sensationalize their news to some extent, women-focus headlines are more sensationalized than others; a trend that's been growing over time. 2. "Firsts" is the second most commonly used word in headlines about women in 3 of the 4 countries analyzed, appearing nearly 8,000 times in headlines about trailblazing women. 3. And yet, for every empowering word we encountered, we read two words about crime and violence. 4. In the data you can see the rise of global movements like #MeToo; the fall of words that reinforce societal and behavioral stereotypes around gender; the rise of empowering words across India, South Africa, the UK, and the US; and the consistent use of words like "fear," "force," "knife," "drama," and "marry."