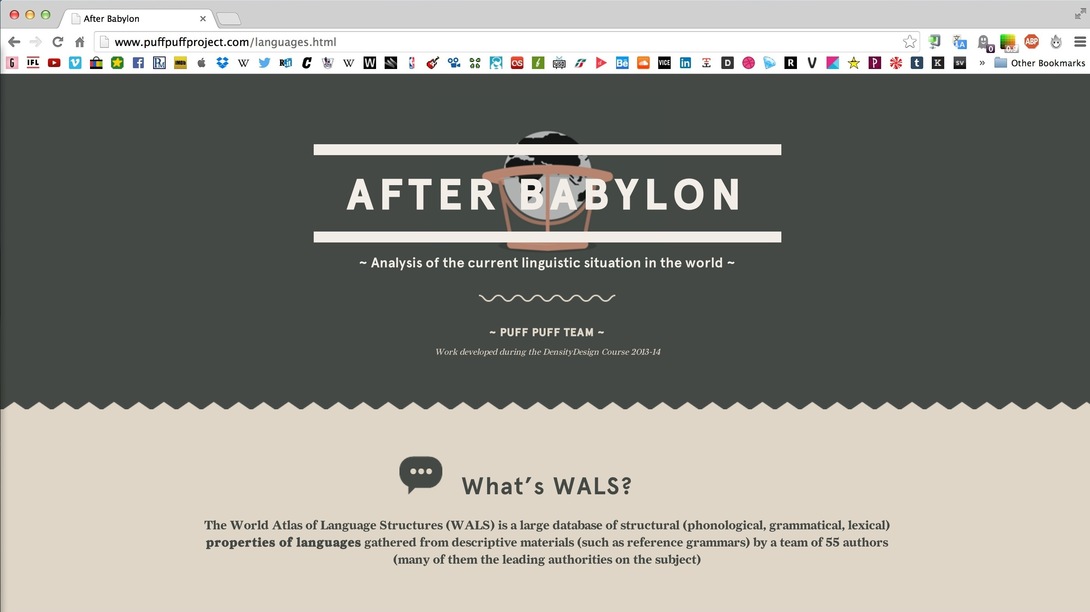 After Babylon is a Data Visualization project developed during the Density Design course at Politecnico di Milano. Each team was assigned a structured dataset in table format about a topic and was asked to visualize it and build a storytelling around it.

Our Puff Puff Team was assigned a big dataset about world languages. The project we developed gives an overview of the current linguistical situation in the world, with the addition of an analysis of the loanwords’ system between languages. It is built around the purpose of giving the users’ possibility to learn about linguistical complexity of the world and interact with the website to compare different languages.