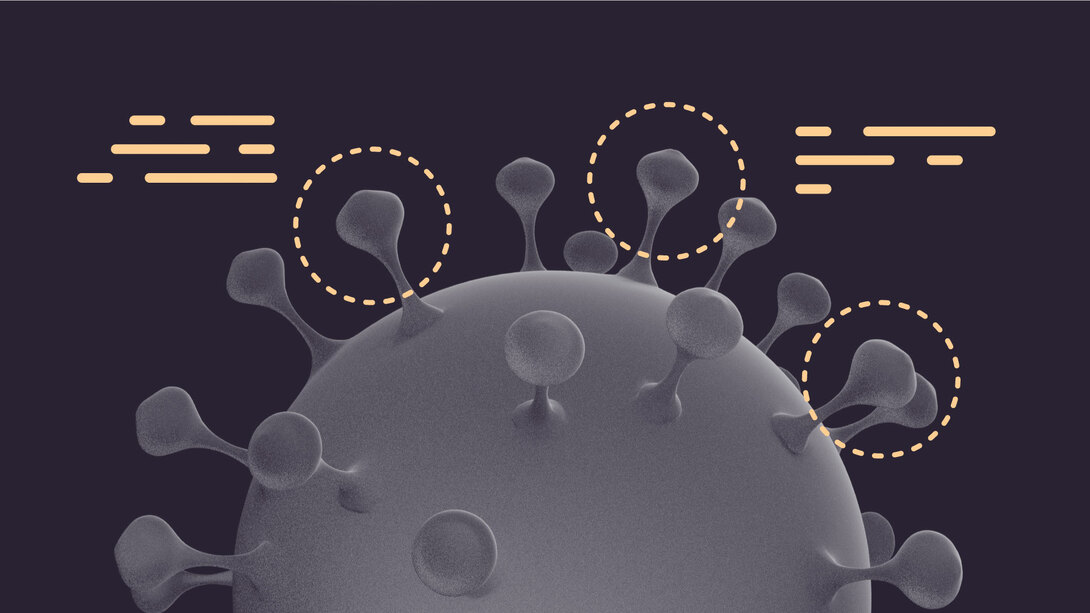 Why do new variants keep appearing? And why are we at risk of new outbreaks? Dive into the heart of SARS-CoV-2 and discover the surprising role of the spike protein.

The Omicron variant was everywhere in the media and the Spike protein was in the limelight for being the target of the vaccines as well as the mutational hotspot. While everybody was talking about variant, no one really explained what a variant or mutation is.

We decided to dive in the virus to explain the basic principles behind the mutations which, we hoped, would make the role of the vaccines and the constant birth of new variants more understandable.

For that, a 3D visualization was, in my opinion, a good (and fun) choice. After extracting the data from the Protein Data Bank, a database of biological molecules, I created a few Python scripts in Blender to reconstruct the shape of the Spike protein that lies on the surface of the virus.

Simple zooms and camera movements targeting key parts of the protein were enough to build the backbone of the story. 3D had a bad reputation not so long ago, for being too complicated and used without reason, but it is now a great playground for telling stories.