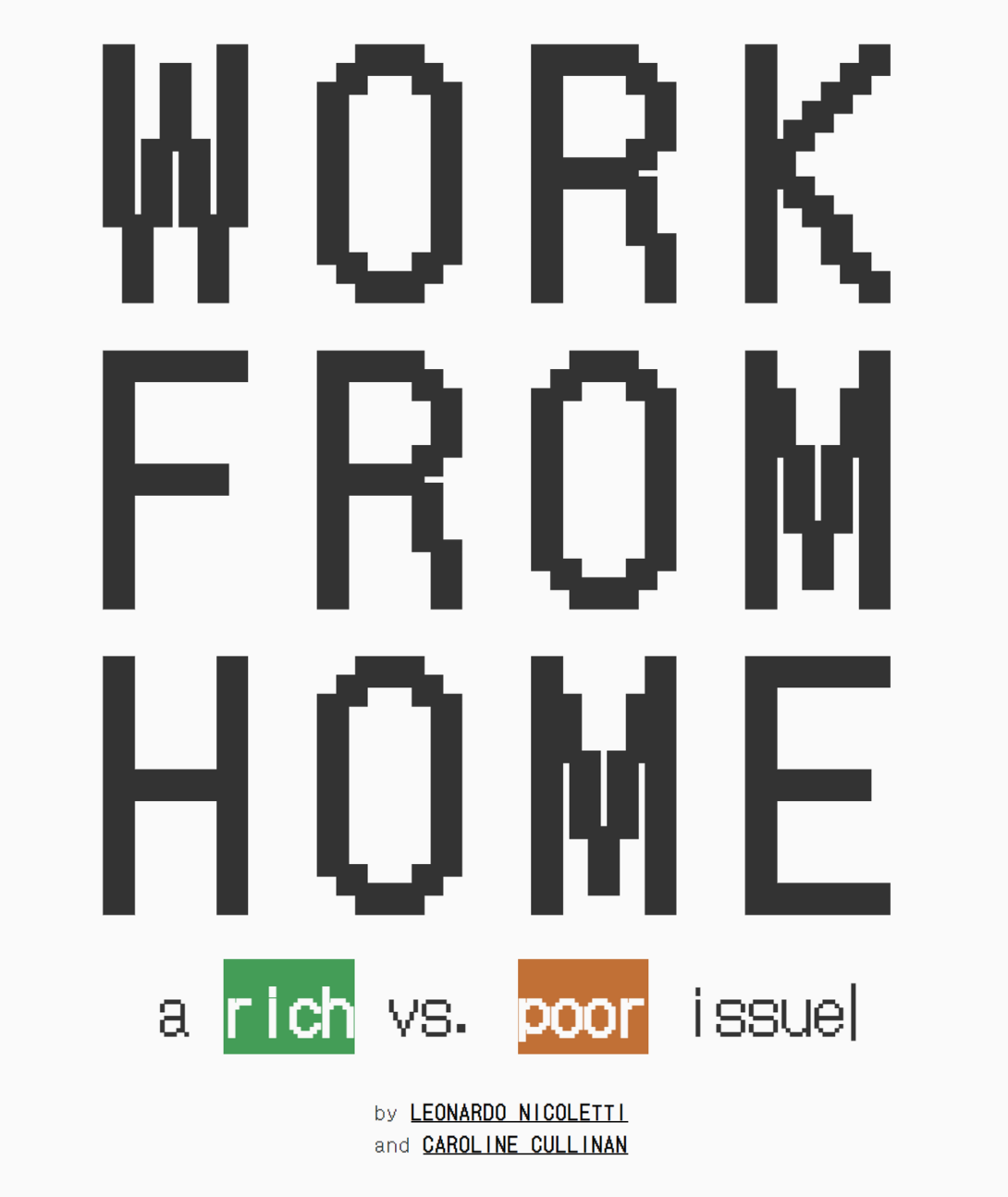 Work From Home: A Rich vs. Poor Issue/An Urban vs. Rural Issue by Leonardo Nicoletti

For this project, I collaborated with another data scientist, Caroline Cullinan, to analyze Google mobility data from twelve countries. In conducting this analysis, Caroline and I had the goal of illustrating some of the inequalities that exist in the work-from-home paradigm. Conscious of the fact that this topic had already received a great deal of attention, we wanted to illustrate it through a novel visual storytelling angle.

In preparing this piece, we chose to tell the story with a cartogram approach. As such, preparing the data for this project was challenging. The UK local authority-level cartogram was relatively straightforward to create thanks to the d3-hexjson plugin (https://github.com/olihawkins/d3-hexjson). However, we could not find a publicly available data set representing a county-level cartogram for the US. Therefore, in order to create this data set, we used the tilemaps R library (https://github.com/kaerosen/tilemaps) and a greatly simplified version of US county geometries. Aside from this aspect of the project, the rest of the data preparation for this piece was done inside an Observable notebook (https://observablehq.com/@lnicoletti/wfh).
In putting together the visual concept of this project, we had the idea to represent administrative units throughout the piece with dynamic circles in which would systematically move across the screen and organize themselves according to the story currently presented to the reader. In doing so, different insights could be communicated. We believe that such concept resulted in more effective storytelling. We also learned many useful skills in the process of coding up such visual design. More specifically and most excitingly, in working on this project I picked up the Svelte JavaScript framework. While we had initially built a prototype for this piece in vanilla JavaScript (https://github.com/lnicoletti/WFH-inequalities), we became curious about Svelte’s responsive attributes and so we decided to tackle the piece as a Svelte app.