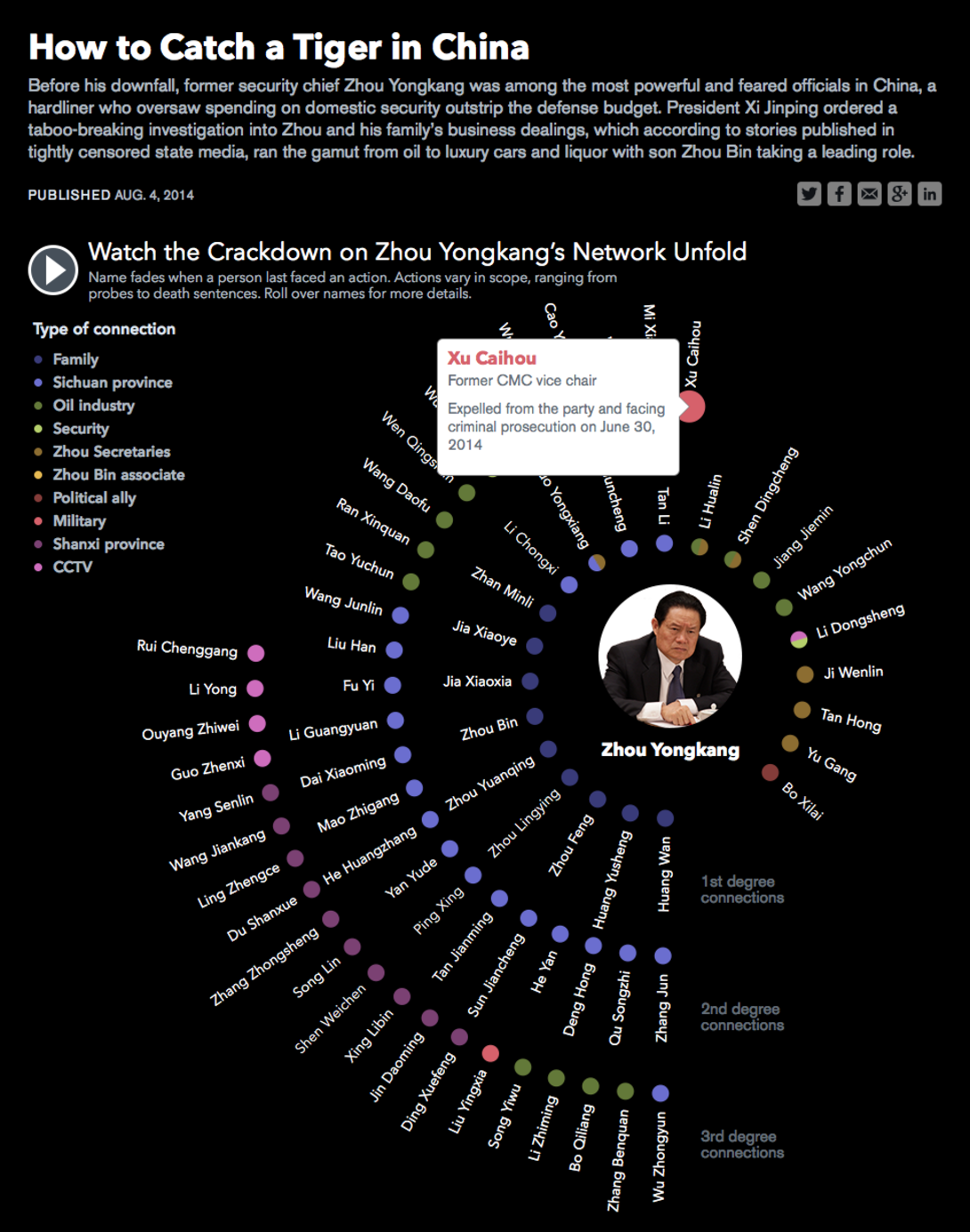 How to Catch a Tiger by Bloomberg Graphics

Before his downfall, former security chief Zhou Yongkang was among the most powerful and feared officials in China, a hardliner who oversaw spending on domestic security outstrip the defense budget. President Xi Jinping ordered a taboo-breaking investigation into Zhou and his family’s business dealings, which according to stories published in tightly censored state media, ran the gamut from oil to luxury cars and liquor with son Zhou Bin taking a leading role.

Rollover any name/circle to get more information. Click on play button to watch the crackdown on Zhou Yongkang’s network unfold.