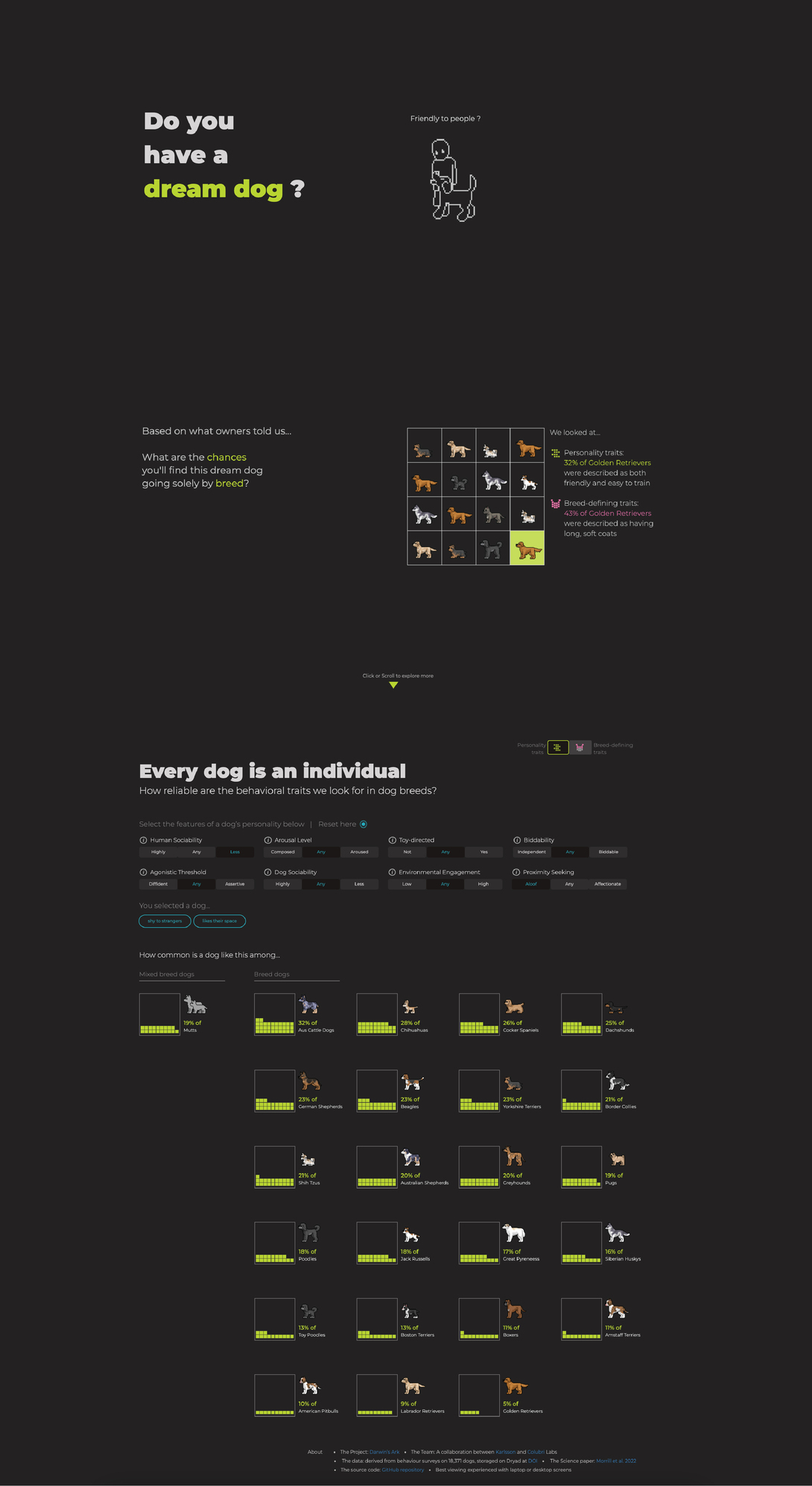 Every dog is an individual! by Yinan Dong

People often talk about a dog’s behaviors as strongly associated with their breed or genetics. For example, the Golden Retriever is commonly thought to have a highly sociable, easy-to-train, friendly personality. But are those dog behavioral stereotypes really true? Scientists from the Darwin’s Dogs project have found, looking at the dogs’ behavior survey data, that variation within each breed is very broad and those behavioral stereotypes are far less pronounced than people typically think. The scientists want to share their findings with experts and the general audience as well. This visualization tool aims to accompany the research paper to describe the statistical linkage (the probability) between dog breeds and their behaviors and physical traits.