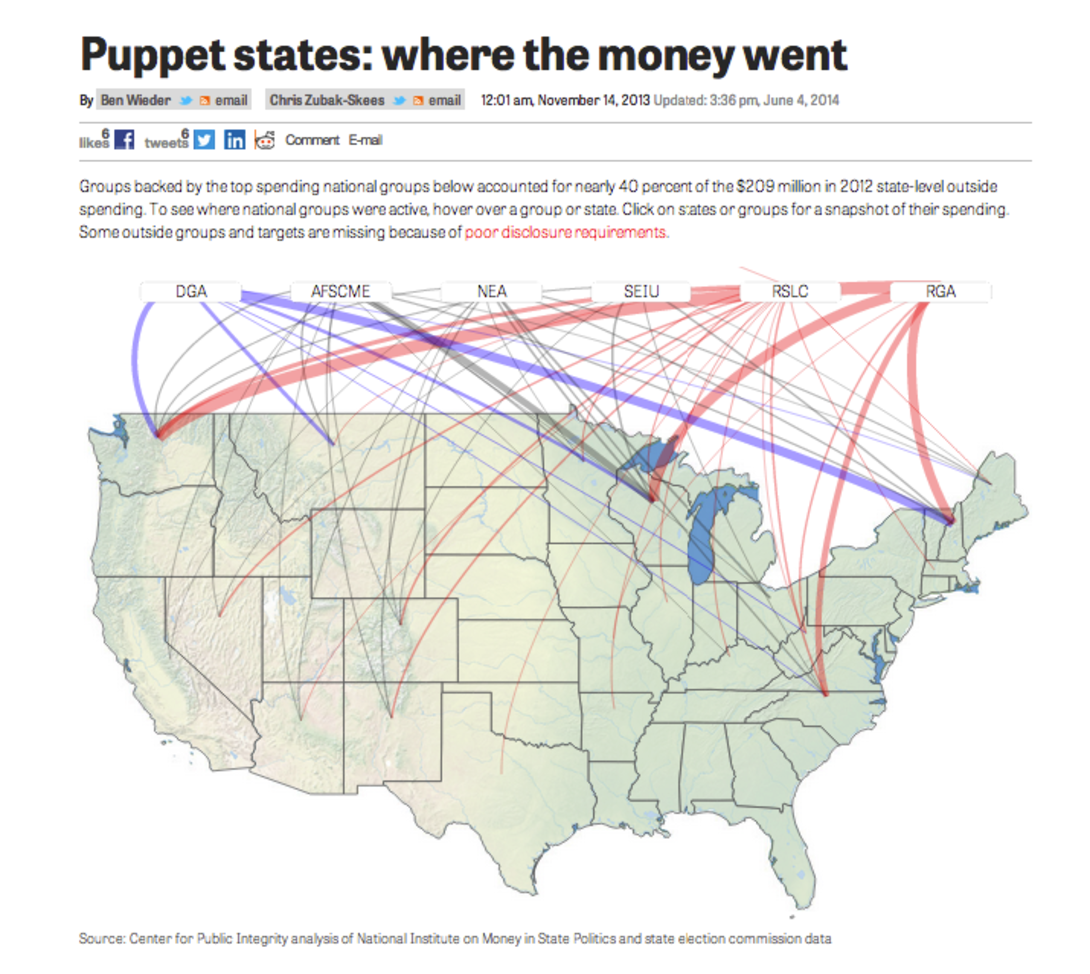 Puppet States: Where the Money Went by The Center for Public Integrity

The Center for Public Integrity systematically examined the new radical reordering of campaign finance in 2012 state level elections to assess the impact of the Citizens United U.S. Supreme Court decision that radically changed campaign finance regulation. To show that 40 percent of 2012 state-level political spending by outside groups came from just a handful of national players, we created a map of the states with national groups hovering above it. Streams of funding, colored by political association, touch down like so many tornadoes of outside cash. Users can roll over to see which state got how much from where, and click a state or group for a cleanly rendered profile with more detail. The map remains to promote a sense of continuity, but zooms in on the selected state, and is colored shades of orange by relative activity to give users a sense of comparison.