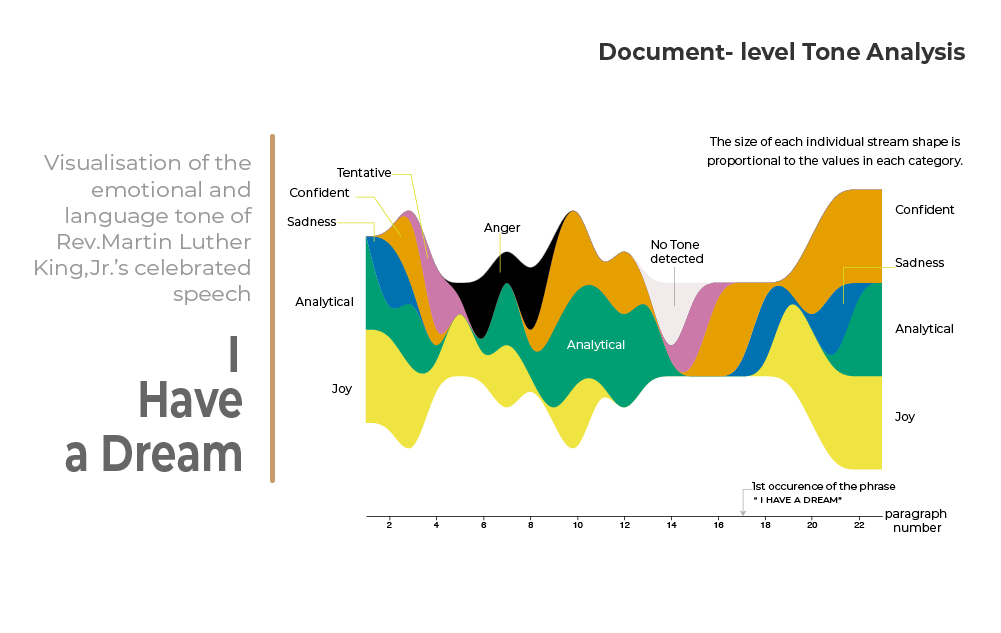 Tone analysis Visualisation of Rev. Martin Luther King,Jr's speech " I Have a Dream" by mamta chakravorty

This visualisation analyses the emotional and language tone of the speech transcript. According to observers, as King neared the end of the speech, the address was failing to achieve the resonance of his more noteworthy speeches. It is then, as we know now, he kept his prepared text aside and spoke about his dream. King's improvisation struck a chord with the crowd and the speech become one of the most iconic speeches in American history. 'I Have a Dream' became an enduring phrase worldwide. The effect of the improvisation can be seen in the emotional and language tone in the speech transcript.