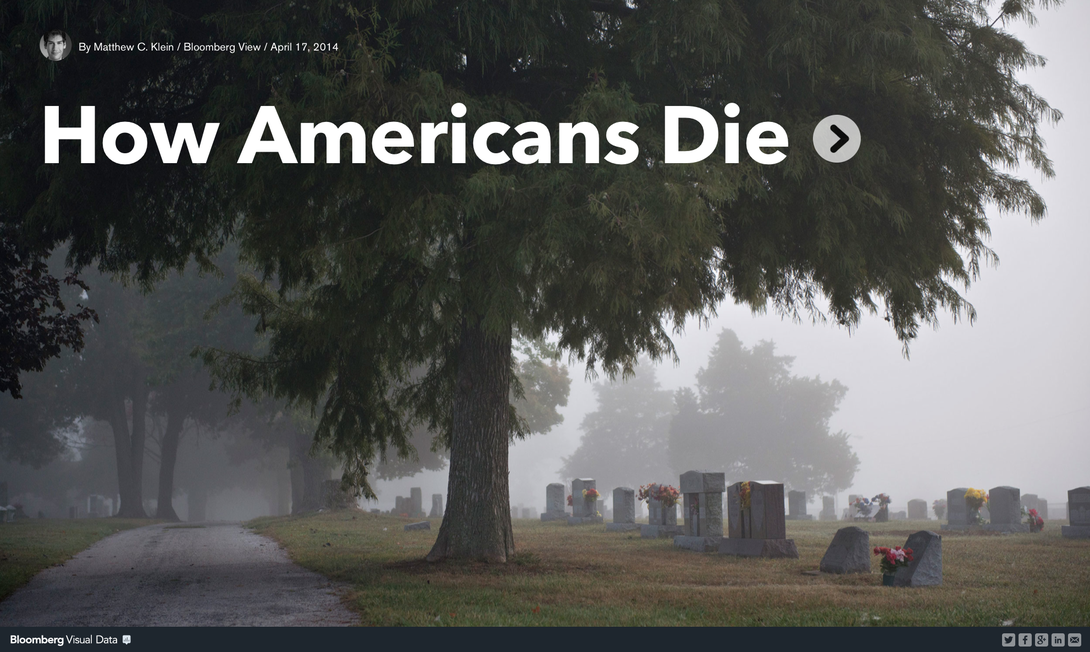 How Americans Die by Bloomberg Graphics

Data Views are self-contained chart experiences that are created closely with Bloomberg View—the opinion section of Bloomberg News. The impetus behind Data View was a hope to provide clear and concise storytelling, while giving the supporting data more prominence and explorability. Starting with the idea that “the data is the story, and we’re just walking you through it,” it made sense to flip the paradigm of charts placed in a body of text. Instead, the chart is fully immersive on screen and added notes, like signposts, to guide the viewer. These Data Views are meant to be an ongoing series that cover a wide range of subject matter including jobs reports, retail spending, the housing boom (and bubble) and the ways in which Americans die.