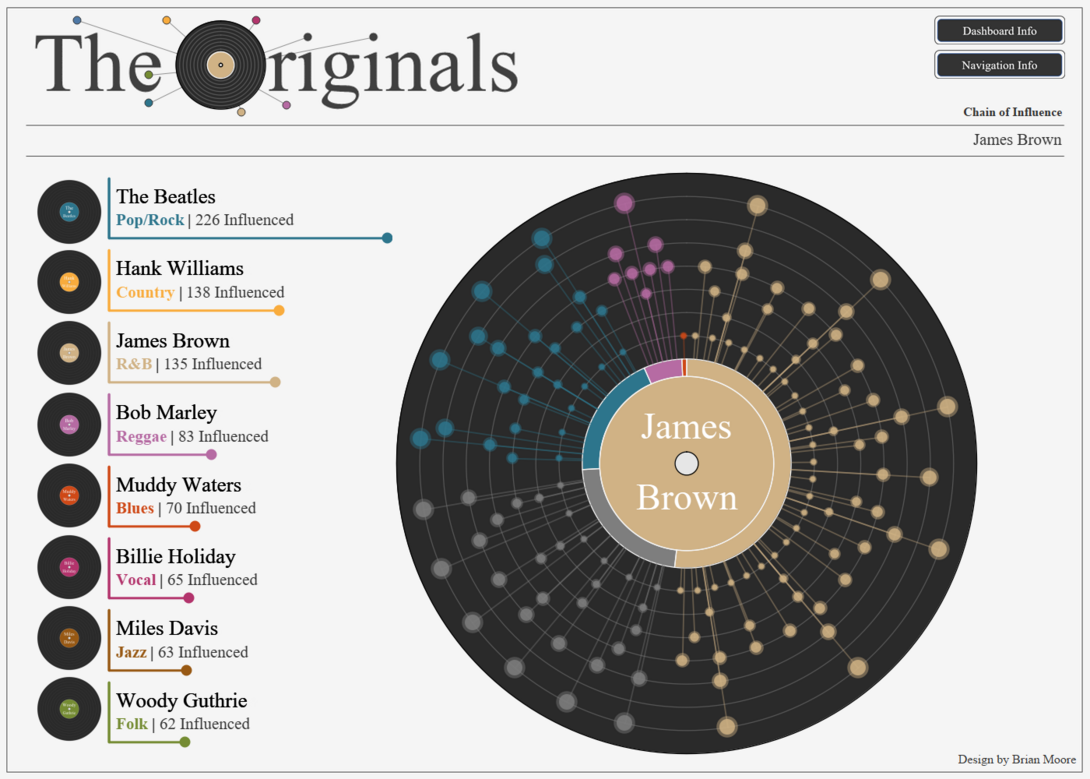 The Originals by Brian Moore

This visualization traces the musical lineage of over 10,000 artists to just 8 "originals". Starting with the most influential artist in 8 different genres (based on the number of artists that they influenced), users can can trace that influence through generations of musical acts. In the interactive version, users can start by selecting an "original", which will display all of the artists that that artist had influenced. On the record on the right side, each circle represents an article influenced by the "original". The size of the circles and distance from the center of the record represent how many artists that artist went on to influence. Users can then click on any of these artists to see who they influenced, and so on. The lineage, or path of influence, is then tracked at the top of the screen. The attached gif shows one of countless possible paths.