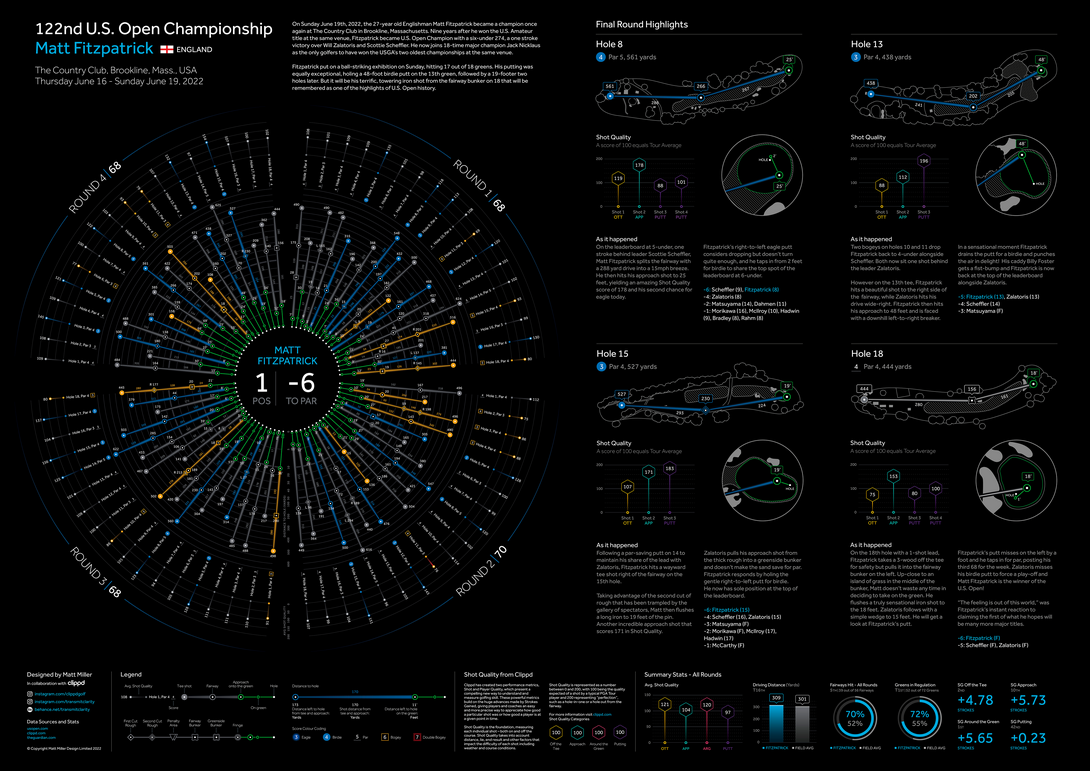 On Sunday June 19th, 2022, the 27-year old Englishman Matt Fitzpatrick became a champion once again at The Country Club in Brookline, Massachusetts. Nine years after he won the U.S. Amateur title at the same venue, Fitzpatrick became U.S. Open Champion with a six-under 274, a one stroke victory over Will Zalatoris and Scottie Scheffler. He now joins 18-time major champion Jack Nicklaus as the only golfers to have won the USGA’s two oldest championships at the same venue.

This poster visualises every single shot that Fitzpatrick hit during his four rounds at The Country Club in Brookline. In collaboration with the team at Clippd, the design also includes the average 'Shot Quality' for each hole, as well as the individual shot quality for Matt's final round highlights.