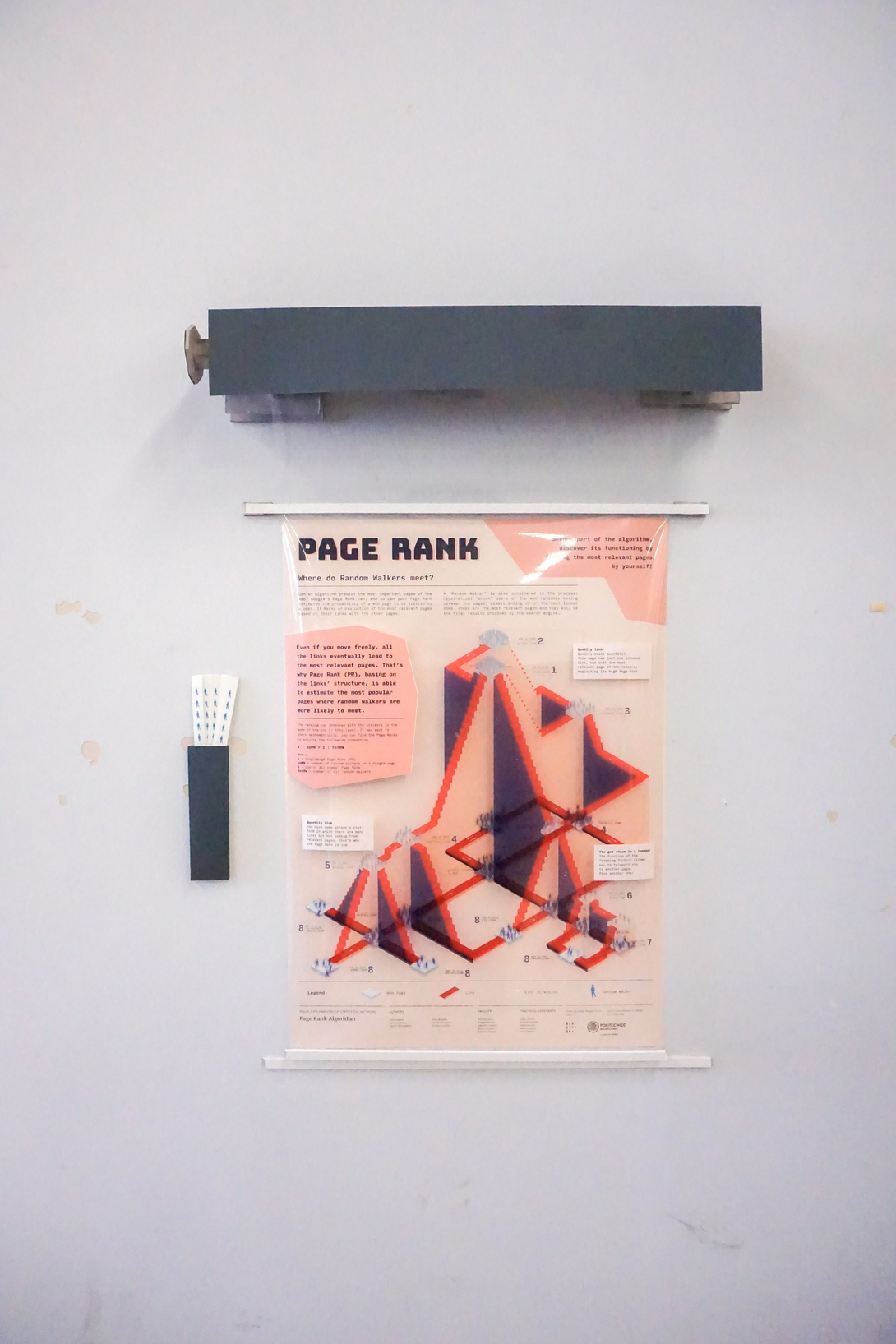 PageRank Algorithm Visualization is a project with the aim to make visible and comprehensible the functioning of “Page Rank”, ex Google’s algorithm. A 2D poster game interactive visualization to explain the mechanisms of an algorithm.
The poster, composed of two layers consists in a game for users: each step of the game represents a web page, people will move randomly on the path following the arrows (links) and will paste a sticker on each passage. Pages with more stickers will have a higher Page Rank, the ranking previously calculated by the algorithm will be unveiled (by an upper layer) in the end corresponding to the one created by the users.

For the first time, the data visualisation approach focuses on the visual rendering not only of the resulting data but of an entire process of operation, namely that of the algorithm. This approach is then realised through the translation of steps and mechanisms into a game simulation. The aim is to show the users how the algorithm works while leaving them free to make their own choices in a random manner so as to demonstrate that the calculation always returns correct.
Algorithms can be easier to understand than expected!